The Veetwo Gundam is the heavy weapons variant of the Core Gundam when docked with the Venus Armor. The firearms added to the backpack have excellent accuracy due to the enhanced sensors on the head unit. It is capable of hovering and has extremely high mobility during ground combat. The Veetwo Gundam also has high defensive abilities due to its additional armor and is capable of support roles, sniping, and ground combat at the same time, making it extraordinary effective in both individual and cooperative battles.

A standard close range armament, a pair of beam sabers are mounted on the Veetwo Gundam's back and they emit a beam blade each when deployed. The robust hilts can also be used as striking weapons.

A massive portable firearm created by combining parts from the Venus Armor with the Core Gundam's core spray gun. Has excellent accuracy and destructive power against high speed and distant targets when used alongside the enhanced sensors on the Veetwo Gundam's forehead. Can separate into beam guns that can be used individually. Alternatively, these beam guns can also combine into other forms.

Mounted on the right hardpoint of the backpack, a two-tube missile pod that fires large missiles against ships and Mobile Armors.

A large beam weapon mounted on the left hardpoint of the backpack, the robust barrel created by Hiroto's highly precise building skills can withstand rapid-fire for an extended period of time.

Built into the ankle guard of each leg, a single-tube missile pod that fires small missiles.

The Core Gundam can make use of its PLANETS System to dock with support mechas named after the various planets of the Solar System, changing its equipment, characteristics and performance. This change can be done even during mid-combat, with the Veetwo Gundam using the Venus Armor.

Connected to the lower section of the backpack, the pair of hover units grant hovering capabilities to both the Veetwo Gundam and the Venus Armor.

Venus Armor with some parts swapped with Earth Armor (Ep 07) 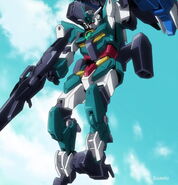 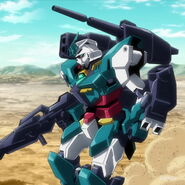 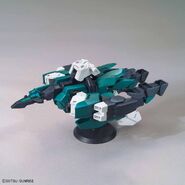 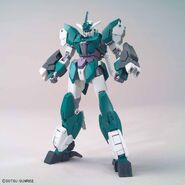 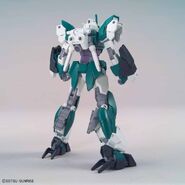 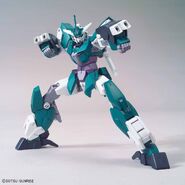 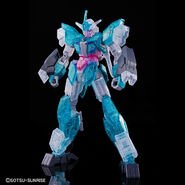 Close up in Gunpla promotional video