A variant of the Core Gundam docked with the Mars Armor. It specializes in close combat and is equipped with various melee weapons such as the Slash Blades. The various blades can be combined to form powerful large swords, allowing the Gunpla to deal with one-to-one-combat, one to many battle, and against enemies that are much larger. Acceleration devices are also built into the Mars Armor, greatly enhancing Marsfour Gundam's instantaneous force. With its nimble attacks and maneuvers, the Gunpla can slice through various enemies.

The small shields attached to the forearms are equipped with deployable claws, allowing an immediate switch from defense to offense.

A pair of swords built exclusively for the Marsfour Gundam. They are basically used as physical swords, but the built-in beam generators in the handles allow them to be used to generate beam blades and to launch beam bullets.

The two Slash Blades can be combined to form the Over Slash Blade, which is a sharper and larger sword.

A physical sword which can be heated to a red-hot state. It is usually mounted onto the bottom of the backpack.

An axe with the same mechanisms as the Heat Rev Sword. 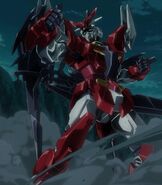 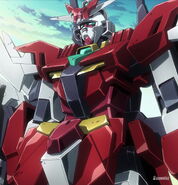 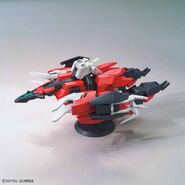 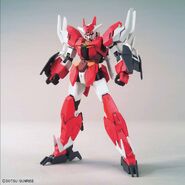 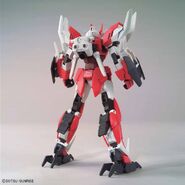 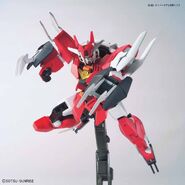 Retrieved from "https://gundam.fandom.com/wiki/PFF-X7/M4_Marsfour_Gundam?oldid=455033"
Community content is available under CC-BY-SA unless otherwise noted.