A space combat form of the Core Gundam docked with the Jupiter Armor. It has enhanced mobility and attack power for space combat, with its Multi Container Bits that function as back-mounted additional thrusters and weapons being the best representative of the Gunpla's concept. Its main armament is the Beam Gatling Gun and the forearm's Manifer Bits can be used for remote attacks like the Multi Container Bits.

A standard close range armament, a pair of beam sabers are mounted on the Jupitive Gundam's back and they emit a beam blade each when deployed. The robust hilts can also be used as striking weapons.

A custom-built, portable, main weapon for the Jupitive Gundam, its rate of fire surpasses that of regular beam rifles. It has an alternate firing mode that shoots a single, powerful beam from all four barrels at once.

Beam gun units equipped on the forearms, they can be launched as remote weapons or can be attached to the tips of the shoulders to be used as turrets.

Normally attached to the back as additional thrusters, these units can be attached to the forearms to be used as beam cannons or generate beam shields and produce beam blades from its barrel to form beam knuckles that have both defensive and offensive capabilities. The units can also be launched as remote weapons.

The Core Gundam and Core Gundam II can make use of the PLANETS System to dock with support mechas named after the various planets of the Solar System, changing its equipment, characteristics and performance. This change can be done even during mid-combat, with the Jupitive Gundam using the Jupiter Armor. 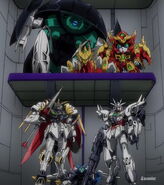 With BUILD DiVERS in the Orbital Elevator (Ep 11) 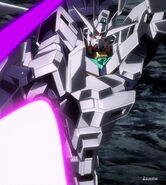 Jupitive Gundam in the first Coalition of Volunteers 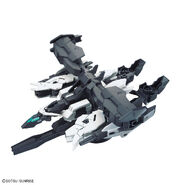 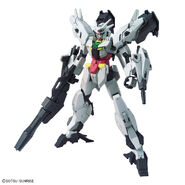 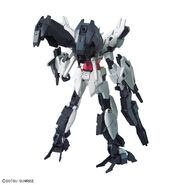 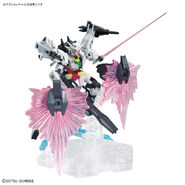 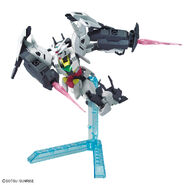