Through the PLANETS System invented by Hiroto, the Core Gundam can dock with the Earth Armor support mecha to form the Earthree Gundam. Its basic capabilities are improved and its armaments have become more powerful. It is most effective when used with a basic battle style and can adapt to missions involving various situations. Hiroto has been using this Gunpla for a long time, and his consistent maintenance has allowed it to keep its blue color and excellent capabilities. The Earth Armor remains compatible with the upgraded form of the Core Gundam, the Core Gundam II, and the resulting unit retains the name of Earthree Gundam.

Mounted in the Core Gundam's head and remain usable in Earthree Gundam form. The pair of Beam Vulcans have low firepower and are mainly for intercepting incoming enemy units and attacks, such as missiles.

The main weapon of the Earthree Gundam, it is the upgraded form of the Core Gundam's Core Spray Gun through combining with parts of the Earth Armor. In this state, its effective range is improved to medium/long range, and its sensors are also enhanced. It has an alternate firing mode, the "Blast Shooting Mode", where it connects to the Shield to receive energy for a powerful shot. In this mode, the front of the rifle also expands.

This defensive armament is the upgraded form of the Core Gundam's Core Shield through combining with parts of the Earth Armor. It has built-in energy packs and can connect to the Beam Rifle to supply energy for the rifle's "Blast Shooting Mode".

A rifle formed through combination of Uranus Armor's parts with the Core Spray Gun. It can switch between the normal Beam Rifle Mode and the Sniper Rifle Mode, where the barrel extends. A small shield with a built-in I-Field generator is attached to the side of the weapon to function as a defense measure during sniping. Used by Earthree Gundam during the Second Coalition of Volunteers Battle after its beam rifle was damaged and in the fight against Alus Earthree Gundam.

The Core Gundam and Core Gundam II can make use of the PLANETS System to dock with support mechas named after the various planets of the Solar System, changing its equipment, characteristics and performance. This change can be done even during mid-combat, with the Earthree Gundam using the Earth Armor. 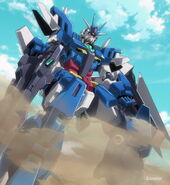 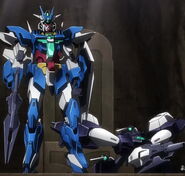 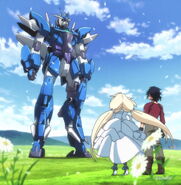 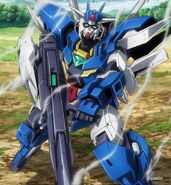 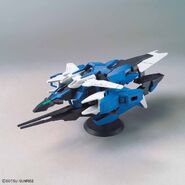 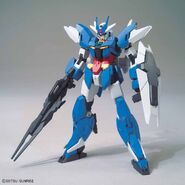 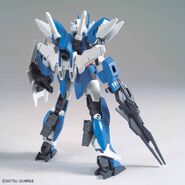 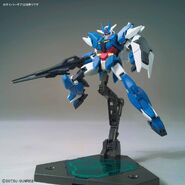 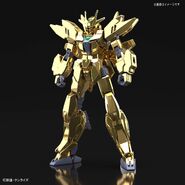 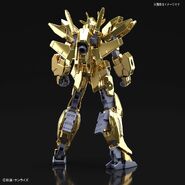 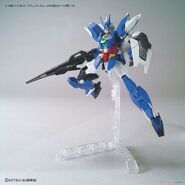