The Organization of the Zodiac (OZ), formally known as the Special Mobile Suit unit (SMS) in the United Earth Sphere Alliance military, is an organization that appears in the Mobile Suit Gundam Wing TV series and novels.

The Organization of the Zodiac, or OZ, is the military wing of the Romefeller Foundation, which came to the forefront in the waning years of the United Earth Sphere Alliance. OZ operated as a division of the Alliance Military and served as a form of Special Forces or black ops group. Officially, they were known as the Special Mobile Suit unit, more commonly known as "Specials" (スペシャルズ). The events of Episode Zero and Frozen Teardrop acknowledge that the original leader of OZ was General Chilias Catalonia, the son of Duke Dermail and the father of Dorothy Catalonia. He was replaced by Treize Khushrenada in AC 193 after he died in battle.

As unrest in the Colonies increased and their calls for independence from Earth became more forceful, the Alliance became more militaristic and OZ became a larger portion of that force. With their increased influence, Treize Khushrenada was able to gain the support of the Colonies, who believed that OZ would allow the Colonies independence. Thus, OZ was able to stage a successful coup d'etat of the United Earth Sphere Alliance, leaving the Earth in a loose confederation of nations held together by the Romefeller Foundation. The Colonies' hopes of independence were soon dashed as OZ began to enforce the will of the Romefeller Foundation upon both Earth and the Colonies.

OZ became the primary target of the five Gundams of Operation Meteor, sent by the Colonies to gain their final independence from Earth. The Gundams gave OZ a problem that required most of their force to be moved from space back to Earth to defend their military installations and leaders. Despite heavy losses at the hands of the Gundams, OZ was able to survive until the Gundams' return to space. By this time, the type of automated Mobile Suit known as Mobile Dolls were becoming widespread throughout the organization. Treize Khushrenada was of the mindset that without humans on the battlefield there would be no more honor in combat. He openly expressed his disapproval of the Mobile Doll Program at a meeting of the Romefeller Foundation, and was summarily relieved of command and placed on house arrest. Several OZ officers loyal to Treize created a splinter group within OZ initially known as the Treize Faction. The group ultimately began operation outside of OZ and was deemed an enemy of the Romefeller Foundation.

OZ continued its existence, and would serve as the main arm of the military of the Earth Sphere Unified Nation that was created by the Romefeller Foundation. The last major military action that OZ would participate in was in the final battle of the war in December AC 195 in which they fought against former OZ soldiers calling themselves the White Fang. After the battle, all mobile suits were dismantled and banned from use, and OZ ceased to exist.

OZ has its own rank structure separate from the Alliance military. In addition, OZ members receive nobility title according to their rank. 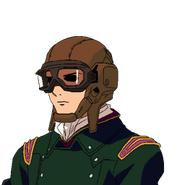 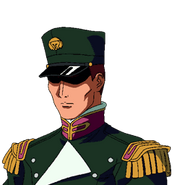