The Orb Union is a South Pacific island nation in the Cosmic Era timeline.

Orb is a nation whose territory encompasses several islands to the east of New Guinea [1]. The official name of the mainland is Yalafath, where the Orb capital, Olofat, is located [1]. In addition, there are four cities aside from the capital[1]. It was originally an oil-producing country, but after the depletion of oil, it used its capital to transform itself into an industrial nation [1]. Geothermal power generation, taking advantage of the characteristics of the volcanic islands, has made it possible for the country to become self-sufficient in energy, the Achilles' heel of modern nations, to a considerable extent. Geothermal power generation has become the foundation for supporting industry, and this has been the driving force behind Orb's economic development [2]. In addition to processing and exporting imported resources, it succeeded in attracting a spaceport by taking advantage of its equatorial location, and achieved further development as a trading hub between space and Earth [1][3]. In addition, the nation's policy of accepting Coordinators was also based on the idea of survival as a technological nation[1]. The official language is Japanese.[4] The Island nation itself controls its own Mass Driver, called "Kaguya", the space colony Heliopolis, which serves as a resource satellite, and also another space military satellite Ame-no-Mihashira. Because of Orb's relative political and economic stability and stance as a neutral nation, it is known as the "Land of Peace."

Orb's government consists of both an elected legislature, and an aristocracy of five noble families who once ruled the island nation [5]. The leading member of the Orb government is the chief representative, with the most famous being Uzumi Nara Athha. The five families, however, do not always agree on political matters, which caused some of these families to violate decisions of the chief representative.

As of C.E. 73, the five noble families consist of the Kiou family, the Mashima family, the Tokino family, the Seiran family, and the Athha family.[6]

Orb's national military was the Orb National Defense Force (オーブ国防軍) [7]. Known branches include the Space Force, the Homeland Defense Ground Force, and the Navy[7][8]. Orb gets most of its weaponry from the indigenous Morgenroete, Inc., which is one of the world's top producers of advanced weaponry. The Morgenroete headquarters and arsenal, as well as the Orb military headquarters, are located at Onogoro island, a small island to the south which is under control of the Orb military.

In terms of naval vessels, it has the Aegis-class, a large surface combatant ship, and the Kuraomikami-class destroyer. In addition, two-seat combat helicopters are deployed as onboard aircraft for Aegis ships. After the First Alliance-PLANT War, the large aircraft carrier Takemikazuchi was deployed in accordance with a change in the national defense strategy (active defense by strengthening its superiority on the open sea). For land warfare, Orb has the Linear Gun Tank, which has been established as an MBT by the Earth Alliance, and the Self-Propelled Linear Howitzer, which is a self-propelled gun also used by the Alliance. In space, Orb controls a small fleet of Izumo-class battleships, which are among the most powerful space warships in the Earth Sphere. As for mobile suits, during the First Alliance-PLANT War, it operated the domestically produced MBF-M1 Astray and its variant, the M1A Astray, and during the Second Alliance-PLANT War, it operated the domestically produced transformable machine, the MVF-M11C Murasame, and its variant, the Ootsukigata.

The primary assault rifle used by Orb is based on the Taiwanese T65K2, an AR-18 variant.

Orb's military ranks are structured similar in hierarchy as the OMNI Enforcer.

The Orb Union was created at the end of the Reconstruction War (World War III), which took place at the end of the Anno Domini era[1]. Originally, it was an island nation inhabited by people who had settled in Orb from other countries, but in the past, many Japanese immigrants settled there with their technology and developed the country[9]. It is a confederation of chiefdoms that developed from a small country of five tribes, and as such, the people who ruled the islands before the founding of Orb later reigned as "clans" in the state, and the political form is a council system with a parliament[5]. In C.E. 58, Uzumi Nara Athha became chief representative of Orb and it was also in this year that construction began on the space station Ame-no-Mihashira.

When the first war between the Earth Alliance and PLANT broke out, representative Uzumi declared the nation neutral in the conflict in February 8, C.E. 0070. Nevertheless, the Sahaku family used Morgenroete's resources on the Heliopolis colony to assist the Atlantic Federation in constructing five mobile suits that could be piloted by Naturals, and a massive ship called the Archangel. However, the data used in constructing the Mobile Suits were also secretly used in the construction of Orb's own prototype Mobile Suits, the Astray Gold Frame, Astray Red Frame, Astray Blue Frame, and parts for two others. Unfortunately, ZAFT caught wind of EA's construction and attacked the colony. Only four of the units were captured though; the last one, the GAT-X105 Strike Gundam, remained under Alliance control. After the battle, the entire colony imploded, though its population was evacuated. The Gold Frame would fall into the hands of Rondo Gina Sahaku, the Red Frame would end up in Junk Guild possession, the Blue Frame in Serpent Tail and the parts for the two other mobile suits went missing. These missing parts would later be assembled into the Green Frame and Mirage Frame.

En route to Alliance headquarters JOSH-A, the Archangel was under heavy attack by ZAFT forces. Their fight moved closer to Orb's borders, prompting its navy to ward them off. However, Representative Uzumi Nara Athha decided to allow the Archangel to be hidden in Morgenroete after hearing that they had his adoptive daughter, Cagalli Yula Athha on board. He later negotiated with the Archangel's commanding officers, requesting that they give copies of the Strike's combat data to be adapted to their M1 Astrays. With Kira Yamato's help, they were able to give their M1s the ability to be piloted by Naturals. The Orb navy then secretly escorted the Archangel so it could make a safe trip to JOSH-A.

However, a few weeks later, the Alliance's Mass Driver at Panama was destroyed, so they were in desperate need of one to help resupply their bases in space. Director Muruta Azrael of the Defense Committee suggested that they take Orb's Kaguya Mass Driver, under the pretense that as a nation of Earth, it should be standing with them against "mankind's enemy." Because taking either side would make enemies for Orb, the government announced that they will oppose the Alliance's ultimatum. As the civilian population is evacuated elsewhere, the Orb military is assisted by the defecting Archangel, who had survived the destruction of JOSH-A, in opposing the Alliance. However, after two battles, it was obvious Orb couldn't win, so Representative Athha helped Orb's remaining forces, including the Izumo-class battleship Kusanagi and the Archangel, escape to space. He and many other high ranking politicians stayed behind to destroy the Mass Driver, ultimately sacrificing themselves. However, the Alliance later was able to recapture its Mass Driver at Victoria. Orb eventually became a protectorate of the Atlantic Federation.

In space, the Kusanagi and the Archangel joined forces with the stolen ZAFT warship Eternal to form what would become known as the Three Ships Alliance, which would play a critical role during the end of the war. When the war came to an end, the members of the Three Ships Alliance moved to Orb under assumed aliases and Cagalli became Orb's Chief Representative. When the Treaty of Junius was signed, the national boundaries of Orb were restored to their pre-war state.

By the time of the Second Alliance-PLANT War, the Seiran noble family managed to usurp the Parliament and violate Orb's neutrality with predictions of a repeat of the Atlantic Federation's attack on the Union. As a result, Orb entered the Earth Alliance. However, the Seiran family was unable to gain the full support of the military, which remained loyal to the Athha family, including Captain Todaka of the 2nd Defense Fleet and the military became weakened as a result of its low opinion of the Seirans resulting in lack of motivation to fight and morale. Chief Representative Cagalli Yula Athha was abducted soon afterward by her brother and the crew of the Archangel during her wedding to Yuna Roma Seiran, the son of Prime Minister Unato Ema Seiran. Despite his personal sentiment, Todaka was promoted to Captain and chosen to lead the Orb expeditionary fleet in the nation's first active support of the Alliance. This effort ended in a disaster at Crete, when the flagship Takemikazuchi and most of the other ships present were sunk by Shinn Asuka in his ZGMF-X56S/β Sword Impulse Gundam. Captain Todaka ordered the Takemikazuchi abandoned and remained behind to go down with his ship. After the Battle of Crete, many of the surviving members of the Orb expeditionary fleet joined the crew of the Archangel, including Todaka's second in command Amagi, who became the Archangel's new executive officer.

After Gilbert Durandal's speech about Logos and the attack on Heaven's Base, Lord Djibril fled to Orb where he met with the Seirans. Durandal ordered ZAFT to attack the country in hope of taking Orb down in the process of eliminating Logos. However, due to the Archangel's intervention, Djibril escaped and ZAFT forces withdrew, as there was no longer any reason to continue their assault. During the battle, the Seirans and many Orb politicians were killed, giving Cagalli the chance to regain her position as the leader of the Orb Union. Afterwards Orb, together with the Kingdom of Scandinavia and the Atlantic Federation, resisted Durandal's Destiny Plan and thus the now ZAFT-controlled Requiem. Orb was then created as the target for ZAFT since it was the last nation that presented a major threat to the Destiny Plan as the Earth Alliance lost most of its military power. Orb sent its three Izumo class vessels to assist the Archangel and any dissident fleets against the Destiny Plan. After Requiem was destroyed and Durandal killed, Orb made peace with PLANT.

Located near New Guinea, the Orb Union is made up of the mainland Yalafath as well as surrounding islands. During the Archangel's journey to Alaska, Orb's position is shown as being off the route to be followed - thus initially there was no plan to visit it. Orb's territory includes a number of smaller islands, some of them supported the Kaguya Mass Driver.

Map of Orb mainland of Yalafath as well as Kaguya Mass Driver. 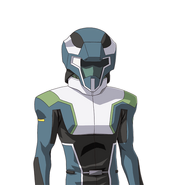 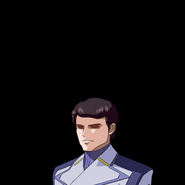 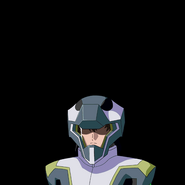 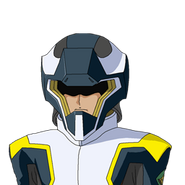 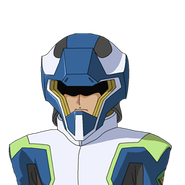 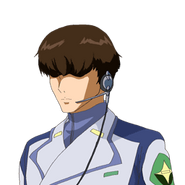 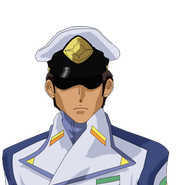 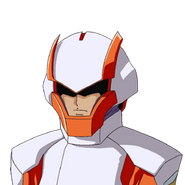 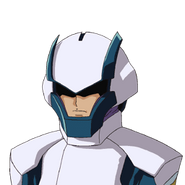 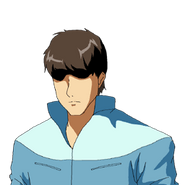 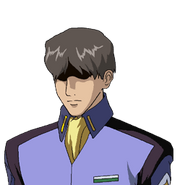 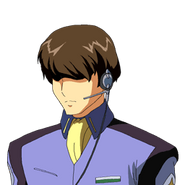 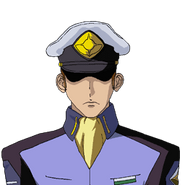