He is the team leader of the first Shrike Team and, along with Uso and Marbet, one of the three LM312V04 Victory Gundam pilots. He is romantically involved with Marbet, and eventually gets married to her in the middle of the series. He also had a baby with Marbet and their child was born at the end of the series.

Later in the fight against the Zanscare Empire, when Chronicle Asher starts launching his Adrastea-class battleships from the Moon, Oliver rams his detached Core Fighter into one of the vehicles' treads in order to disable it, but failing at it. 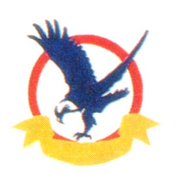 Oliver Inoe as seen on Super Gundam Royale
Add a photo to this gallery
Retrieved from "https://gundam.fandom.com/wiki/Oliver_Inoe?oldid=443882"
Community content is available under CC-BY-SA unless otherwise noted.