Odin Lowe (アディン・ロウ, Adein Rou?) derived from Russian odin, literally means "one". was the biological father and mentor of Heero Yuy and the OZ assassin who killed the original Heero Yuy, setting off the series' chain of events.

Little can be said about Lowe's personality, but it is assumed that while he was fighting, he was completely ruthless, taking on a job as important as killing a colony representative for peace. However, it is revealed that he might have had a soft side as he cared for Heero right until his death and comments made to Heero and Aoi seem to imply he regrets that he killed the colony leader.

Sniper/Gunman: As an OZ assassin Lowe was very likely highly trained as he was able to fatally shoot Heero Yuy in the heart and slip away. He is also shown shooting other soldiers with a high level of marksmanship and it would seem Heero's skills also come from his training.

Good Physical Condition: Even in older age, he was shown easily able to fight and outrun younger soldiers.

Odin Lowe was the gunman who was hired by Cinquante Khushrenada to kill the politician Heero Yuy and Ein Yuy, his nephew and the father of Treize Khushrenada; as well as Treize's half-brother Vingt and mother Angelica Khushrenada. After the assassination, he broke off his relationship with the pregnant Aoi Clark and defected from OZ, beginning to work for the side of the colonist rebels. Later taking his son back under his wing, Lowe taught the young Heero how to use a gun and survive on his own, likely expecting himself to be killed as he was an assassin before long. While Heero was with Lowe, it was apparent that he was Lowe's assistant. In AC 188, Lowe and Heero traveled to L3-X-18999 in order to kill the Alliance General Septum. Heero eventually separated from Lowe in order to help rebellion. Lowe was unable to kill Septum as the job was a set up; realizing this Lowe tried to make his escape, presumably to find Heero and get out of the colony. He found Dekim Barton, thinking Dekim was on his side, but Lowe was tricked and shot in the heart. Dekim called this revenge for killing his mentor Heero Yuy (politician) and vanished. Lowe later died after giving Heero his last piece of advice - to live by his emotions. 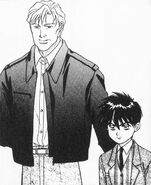 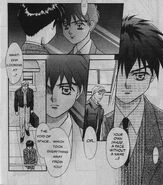