The OZ-12SMS Taurus was designed by OZ to specifically fill the role as a space superiority combat mobile suit that would out perform and replace the aging space type Leo. It can transform into a high-speed fighter spacecraft.

Although originally designed for human pilots, the Taurus is the first mobile suit to have the Mobile Doll artificial intelligence system installed into their software, making them the first AI-controlled mobile suits. While piloted Taurus mobile suits were high-performance mobile suits, the mobile doll version was noted for fighting at high speeds and performing incredible maneuvers that would kill a human pilot from the G-forces. The disadvantage the mobile doll had was that its maneuvers lacked originality, making them predictable, they were vulnerable to attacks from behind, and had a notable weakness at close range combat.

The Taurus design was used as a basis for the Mercurius and Vayeate suits, significantly improving on the overall design.

Tauruses used by organizations other than OZ were often modified, such as the Taurus mobile suits that served the Sanc Kingdom that were modified for atmospheric combat and were equipped with beam sabers. With these modifications the Taurus proved to be a superior atmospheric fighter to the OZ-07AMS Aries.

White Fang's modifications would simply be a change in the paint scheme.

After the White Fang organization began producing the WF-02MD Virgo II mobile dolls to eradicate the OZ forces in space, as a countermeasure to the mobile dolls' planet defensors the Tauruses were armed with laser rifles, which had a tendency to overheat after prolonged use, but could easily pierce the electromagnetic barrier.

Like most mass production mobile suits employed by the Organization of the Zodiac and the United Earth Sphere Alliance the OZ-12SMS Taurus is not equipped with any sort of close-range combat weapons, neither small caliber vulcan guns nor beam sabers. When in combat the Taurus relies on its speed and maneuverability to keep it at a distance from the enemy mobile suits while only attacking with its beam rifle.

An optional armament that the OZ-12SMS Taurus can be equipped with in place of the beam rifle is the beam cannon. The beam cannon is a large energy cannon that is almost as long as the suit itself and requires the use of both of the Taurus's hands to wield. The beam cannon is powered independently from the mobile suit's reactor and has a high output, as shown by Trowa Barton who used a beam cannon while piloting a Space Leo to destroy the remains of the XXXG-01D Gundam Deathscythe when he said that the beam rifle wouldn't have an effect. Through modifications, it can be used within the atmosphere.

An old weapon that was no longer in regular use with the military by AC 195 because of power and overheating issues. It was put back into service and used by the Taurus mobile suits defending Bulge from White Fang when it was discovered that the laser rifle could penetrate the electromagnetic barrier of the WF-02MD Virgo II.

Mentioned in the Gundam Wing Encyclopedia, this is an optional weapon used by the Taurus. Quatre is seen briefly using two of these in episode 33.

The OZ-12SMS Taurus is the first mobile suit to be mass produced with an internal mobile doll AI control system, though several Leos were used an external system to test the mobile doll system. With the mobile doll AI control system the Taurus can operate itself independently, negating the need for a human pilot to function. Because it is a computer controlling the Taurus, its reactions are lightning fast and it can fly at speeds where the G force would normally crush a human pilot. However as mobile dolls the Taurus's movements lack innovation, relying on pre-programmed data to determine how it reacts in a given situation.

The OZ-12SMS Taurus is first seen when OZ's Victoria training base comes under attack by Chang Wufei and the XXXG-01S Shenlong Gundam. The Taurus mobile suits were not used to defend the base as they were not capable of atmospheric flight at the time. Instead base instructor Lucrezia Noin ordered all machines to be evacuated.

As OZ was making its move to take control of space, the Taurus, both mobile suit and mobile doll versions, played a prominent role as it replaced the aged Space Leo as their front-line unit. In battle the Taurus easily defeated the older mobile suits that were their only opposition until the arrival of the Gundams. However, the Gundams had been designed to operate on Earth for land-based warfare and were not very fast or maneuverable in space. Thus most of them, such as the XXXG-01D Gundam Deathscythe, were easily outmaneuvered until the Gundam pilots received newer Gundam units that were customized for space, allowing them to overcome the Taurus suits easily.

When the White Fang organization made its move to destroy OZ, it made use of every mobile suit it could get its hands on, including a number of Taurus mobile suits that were re-designated as the WF-12SMS Taurus. When White Fang captured and began using the powerful WF-02MD Virgo II mobile doll, OZ forces countered with both Taurus and Space Leo mobile suits, however, both machines were outmatched by the newer mobile doll.

Mobile Doll Tauruses were also used in the year AC 196 (Endless Waltz), first to protect the captured colony of L3 X-18999, then to distract the Preventers for a time from the real events. Noin used her white Taurus to fight the Mariameia Army in Brussels. 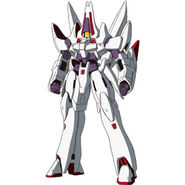 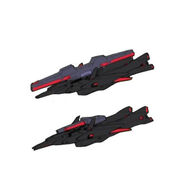 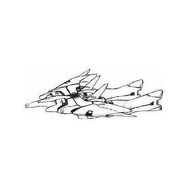 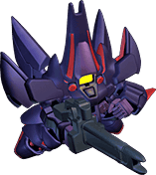 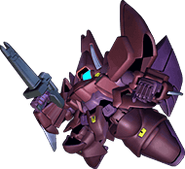 Retrieved from "https://gundam.fandom.com/wiki/OZ-12SMS_Taurus?oldid=362919"
Community content is available under CC-BY-SA unless otherwise noted.