The Aries is developed for aerial combat and capable of independent atmospheric flight thanks to the jet engines in its large, back-mounted flight unit. It adopts a simplified transformation system where it changes into flight mode by folding its legs into the thighs. Its wings have a number of hardpoints for mounting weapons, which can also be held in the Aries' hands. While the OZ-06MS Leo can be fitted with an optional flight unit, this is only suitable for a short distance and has inferior flight capabilities when compared to the Aries'. Outside of its flight capabilities, the Aries also has a faster speed and better weapons ability than the Leo. However, it has inferior power and armor capabilities.

A projectile weapon that can be mounted on the wings of the Aries or hand carried.

An optional weapon that can be mounted on the wings of the Aries or hand carried.

A large, long range weapon originally used by the OZ-12SMS Taurus, it fires a powerful beam that can destroy even Gundanium armor.

The main weapon of the XXXG-01W Wing Gundam. Its energy cartridges allow it to fire three powerful beam shots, each comparable in power to a battleship's main guns and capable of destroying a small group of mobile suits and ships.

The wings of the Aries has hardpoints to mount weapons such as missile pods, chain rifle, etc.

Developed around the same time as the OZ-06MS Leo, the Aries entered mass production in A.C. 177 and served as the primary aerial force of the world's armies for nearly twenty years. In A.C. 195, the Gundams arrived on Earth and proved to be much superior to most of the mobile suits then, including the Aries. 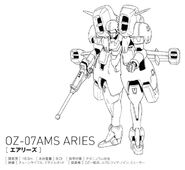 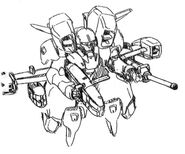 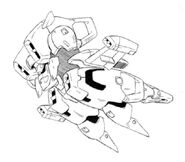 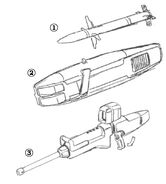 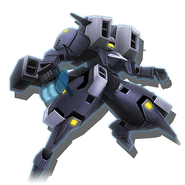 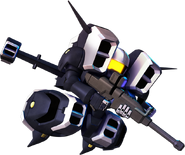 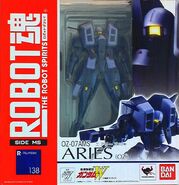 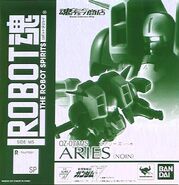