Developed by OZ's chief engineer, Tubarov, in AC 195 at OZ's lunar base and mobile suit factory, it is a dedicated machine for the Mobile Doll program. The Virgo incorporated the powerful offensive and defensive technology of the OZ-13MSX1 Vayeate and OZ-13MSX2 Mercurius, as well as gundanium armor, which was highly effective against the weapons of most mass-produced mobile suits. Although the Virgo is incapable of quick maneuvers, its strong offensive and defensive capabilities allow it to weather enemy attacks and return a devastating counterattack. It is also incapable of close combat as it lacks close range weapons and programmable data on how to perform it.

Based on the Vayeate's beam cannon, it is mounted on the Virgo's right arm and connected to the right shoulder, which houses a beam generator that is exposed at the time of the weapon's firing. This mechanism serves to generate energy by rotating at a high speed. With this structure, the Virgo also acquired better mobility than the Vayeate. Although not as powerful as the Vayeate's beam cannon, this beam cannon is nevertheless capable of easily destroying a Leo in one shot. It appears to have a variable output as a couple of them were seen using a much weaker rapid-fire mode when pursuing Relena Darlian's vehicle.

The Virgo has four planet defensors stored on the left shoulder and they are based on those used by the Mercurius. When deployed, the defensors operate independently, and can generate a defensive electromagnetic barrier capable of blocking most incoming attacks. When low on energy, they can return to the mobile unit's left shoulder to recharge.

The Virgo was controlled by the mobile doll system, negating the need for a human pilot to function. The AI's movements lack innovation, however, relying on pre-programmed data to determine how it reacts in a given situation.

The Virgo units were first deployed on September 8 to combat a group of Leo Space Types led by Lady Une. While they managed to overwhelm the attackers, many of them are destroyed by the still incomplete XXXG-01D2 Gundam Deathscythe Hell and XXXG-01S2 Altron Gundam as their pilots escaped. Once put into mass production, the Virgo was used heavily by the Romefeller Foundation on Earth to wipe out any armed resistance to the organization's rule.

The Virgo saw mostly victory until they reached the Sanc Kingdom, which was protected by several ace pilots piloting customised OZ-12SMS Tauruses, as well as Heero, who was piloting the OZ-13MS Gundam Epyon. Eventually, the White Fang organization infiltrated and captured the lunar mobile doll factory, where its members found the designs for a new mobile doll that they put into production for themselves as the WF-02MD Virgo II. 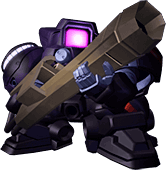 As it appears in SD Gundam G Generation World/Overworld 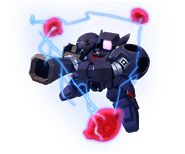 Retrieved from "https://gundam.fandom.com/wiki/OZ-02MD_Virgo?oldid=453849"
Community content is available under CC-BY-SA unless otherwise noted.