Built from the spare parts of the OZ-00MS Tallgeese, the Tallgeese II retains all its armaments - a Dober Gun for ranged attacks and two beam sabers stored in a rack behind the shield for close combat. Besides a new color scheme, the suit also features a more Gundam-like face as well as a new head crest.

Mounted on the right shoulder, it is the Tallgeese II's standard ranged weapon. It fires a powerful beam capable of destroying an enemy mobile suit easily, and its large radius allows it to hit multiple targets at once.

The Tallgeese II carries a round shield to defend against beam and physical attacks. It hangs off the left shoulder, granting the suit a free hand to hold other weapons. The shield stores a pair of beam sabers on its back.

The Tallgeese II is equipped with two beam sabers, stored behind the shield. These close combat weapons generated a blade-shaped beam to melt and cut through enemy's armor.

A large sword used by the Tallgeese II in "Glory of the Losers" manga, this close combat weapon's blade is heated to super-high temperatures for slicing through the armor of other mobile weapons. Like the "Tempest" heat lance, the heat saber can emit energy, and uniquely can even launch the energy forward as a damaging wave.[1] Treize chose it as the Tallgeese II's main weapon to suppress energy consumption in anticipation of the prolonged fighting with the White Fang. Its hilt is made of the same parts as the OZ-00MS Tallgeese's "Tempest" heat lance.[2]

During the Eve Wars at the end of AC 195, Treize Khushrenada, in his position as leader of OZ and the World Nation, decided to personally lead his soldiers into the final battle in space. His personal mobile suit in this battle was the Tallgeese II, which was built using spare parts of the original Tallgeese, but with a new blue-on-white paint scheme, a Gundam-style face and "plume" on the head.

During the assault against the White Fang, Treize personally led his troops towards the almighty Libra battleship. After having the Leo carriers hold their position, Treize flew the Tallgeese II within the firing range of the Libra's main cannon, challenging Milliardo to a duel.

After being denied his request, Treize demanded that Milliardo fire on his Tallgeese II in order to end the war. The Tallgeese II would have been destroyed by the Libra's main cannon if not for the Wing Gundam knocking it out of the cannon's blast. Lady Une revealed herself to be the Wing Gundam's pilot and reminded Treize that 'one must fight the battle in order to witness its true beauty'. After this, Treize ordered the destruction of the Libra and proceeded to shoot down numerous Virgo IIs.

During the battle, Treize encountered Gundam pilot Wufei in the XXXG-01S2 Altron Gundam and fought a one on one duel with him. Despite having the upper hand in the fight, Treize ultimately allows Wufei to pierce the Tallgeese II's cockpit, causing it to explode and killing Treize. 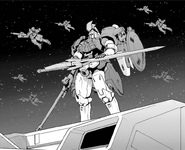 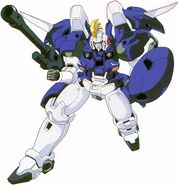 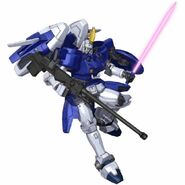 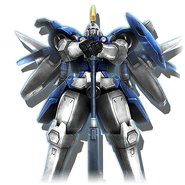 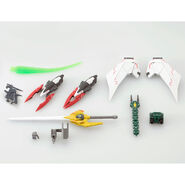 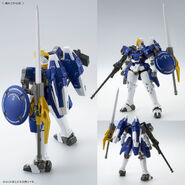 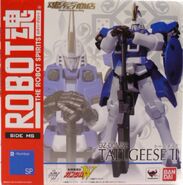