Nobliss Gordon (ノブリス・ゴルドン, Noburis Gorudon?) is a character that appears in the series Mobile Suit Gundam IRON-BLOODED ORPHANS. He was known around the area as Todo Mirconen said that he has heard the name, and described him as "apparently a super rich man".

Nobliss Gordon is an enigmatic man, content to patiently wait in the shadows as he financially supports individuals or organizations that suit his own agenda. He took great interest in Kudelia's Martian independence movement, and willingly finance her (and indirectly Tekkadan) so that she would be a rallying figure against Gjallarhorn. Yet he would later ally himself with the same oppressive organization when Tekkadan was declared to be criminals.

An arms dealer and the owner of GN Trading, he also wields considerable influence in Mars and certain regions of space. He was easily able to manipulate rumors that Kudelia was rallying the Dort Colonies for a revolution, and controlled the civilian media to discredit Tekkadan after the organization retreats to their Mars HQ following the failed Gjallarhorn coup which they assisted.

Nobliss Gordon was Kudelia Aina Bernstein's sponsor during her independence movement. Kudelia would talk to him again and ask for his sponsorship, using it as payment for Tekkadan's services.

Beneath the surface, he was the one who orchestrated the assassination of Kudelia in order to make her a martyr so the people would rebel against Gjallarhorn. During Gjallarhorn's attack on Tekkadan, he colluded with Rustal Elion and manipulated news media.

Years after Tekkadan's disbandment, he was killed by Ride Mass as revenge for Orga's death.

Nobliss and McMurdo have been seen discussing business and current events, both taking advantage of the half-metal rights race after Tekkadan's first successful mission. As fellow businessmen, they both seem to agree to invest and retract support based on profit, loss, and reputation. 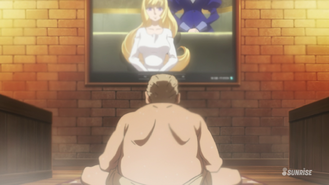 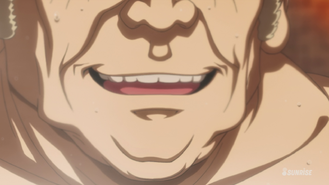