Of all the members of the Le Creuset team, Nicol is the most open-hearted and pleasant with a strong sense of duty towards protecting the PLANTS; Nicol feels it is his duty to fight for the safety of his homeland and for his parents' honor (Mobile Suit Gundam SEED: A Never Ending Tomorrow) indicating true strength of character. Nicol has a kind and dignified demeanor.

While Yzak and Dearka are more forward in warfare, Nicol prefers to use a strategy more attuned to the Blitz's stealth capabilities; he fights with caution and foresight. This leads Rau to state that Nicol and Athrun are rather soft.

Unlike Dearka and Yzak, Nicol is more moderate in his views of Naturals and has concerns over his comrades' ruthlessness. However, this part of him makes him close to Athrun as a result.

As a ZAFT academy graduate, Nicol possesses a wide range of militaristic skills, including hand-to-hand combat, use of hand-held weapons such as knives and guns, mobile suit piloting and OS programming, tactics and strategy, and an understanding of military protocol. In his academy classes he typically came 3rd, with the exception of explosive handling where he was first, of the students who would become the Le Creuset Team. Though a model soldier, Nicol is a practiced piano virtuoso and often thinks of the piano lessons that he has missed; he "wants to do a proper piano concert someday".

Nicol is the youngest member of the Le Creuset Team, and becomes friends with Athrun Zala. His thoughts of the war are moderate, and he says in one episode that he joined ZAFT after hearing what happened to Junius Seven, he never really wanted to fight. He is also the only child of PLANT Supreme Council representative, Yuri Amarfi who represents Maius (which is a PLANT under the control of chancellor Tad Elsman) and Romina Amarfi, who was against Nicol's joining the military. Outside of his military training, Nicol also enjoyed playing the piano and hoped to have his own concert one day.

Yzak Joule and Dearka Elsman are very arrogant towards Naturals, but the other half of the Le Creuset team, Nicol and Athrun balance them out with their less extreme views (in Mobile Suit Gundam SEED: Special Edition, the fifth pilot, Rusty Mackenzie, who was supposed to pilot either the GAT-X105 Strike Gundam or GAT-X303 Aegis Gundam, also thinks along the same lines as Nicol and Athrun, but he is killed during the raid on Heliopolis). Le Creuset, during the battle against the 8th Fleet, notes that while Yzak and Dearka thrive in battle, Nicol and Athrun are too soft for his tastes.

Early Engagements with the Archangel

Upon learning of the secret development of mobile suits within the neutral Orb colony of Heliopolis, Nicol and the rest of the Le Creuset Team are dispatched to seize the machines for themselves. Nicol successfully takes the GAT-X207 Blitz Gundam for himself and returns to the Nazca-class, Vesalius, with his teammates. While most of the team successfully returned as well, Rusty was unexpectedly killed and the GAT-X105 Strike Gundam would fall into the hands of Kira Yamato, who now defended the new spaceship, the Archangel from within the colony. Unlike the rest of the Le Creuset Team, Nicol was the only one that expressed fear that the colony would eventually implode if they were to have any more battles within it.

When the colony inevitably collapsed due to internal damage, the Le Creuset Team would pursue the Archangel to the Artemis base. Nicol would breach the base's famed umbrella-like defense thanks to the Blitz's Mirage Colloid and opened the path for the rest of his team to ransack the facility. Nicol would also find the Archangel but was held at bay by the Strike as both it and the ship made their escape.

Continuing their pursuit for the Archangel, the Le Creuset team eventually sortied out against the ship, where Yzak and Athrun kept the Strike busy while Nicol and Dearka attacked the Archangel directly. The attack would have limited success due to the Archangel's crew taking precautions against the Blitz's stealth. Eventually, a surprise attack on the Vesalius by Mu La Flaga's Moebius Zero forced Nicol and the others to retreat.

In their second engagement, Nicol would jump aboard the Archangel and quickly began firing near the ship's bridge. In a surprise turn of events, Kira's performance with the Strike improved dramatically, and Nicol signaled a retreat when Yzak suffered a wound from the fight.

As the Archangel was now headed for Earth with support from the Alliance's 8th Fleet, Nicol and his teammates furiously chased the ship to try and stop it. While the 8th Fleet was destroyed, the Archangel ultimately completed its journey as Nicol and Athrun were called back lest they be sucked in by Earth's gravity. Yzak and Dearka had become too eager in the operation and made a successful forced atmospheric entry, much to Nicol's relief. Nicol and Athrun would later accompany Rau in giving a report to the PLANT Supreme Council regarding the events of Heliopolis. Rau would later leave to discuss new military plans with the council while Athrun would be left in charge of the team now renamed the Zala Team.

After landing on Earth, Athrun and Nicol would reunite with Dearka and Yzak, and the group would pursue the Archangel to Orb waters to stop its attempt to seek sanctuary in the country. Unfortunately, their battle catches the attention of Orb's coast guards, and Athrun orders the team to stand down and withdraw to stop a potential escalation.

The Zala Team would infiltrate Orb by posing as civilians, where Athrun would quickly confirm that the Archangel was still docked in secret. True to Athrun's predictions, the Archangel finally emerges after a prolonged period of time, and Nicol and the others waste no time in attacking the ship.

The team is quickly downed from their respective Guuls during their skirmish, and Athrun soon finds himself faced directly by both the Strike and the Archangel with his unit out of power. Seeing Athrun's plight, Nicol dashes in to distract the enemy, and the Blitz's cockpit is subsequently hit by the Strike's Schwert Gewehr anti-ship sword, the same weapon that used to kill Miguel Aiman back at Heliopolis. In his dying breath, Nicol simply urges Athrun to escape before the Blitz finally explodes.

Nicol's death impacts the remaining members of the Zala team, Yzak, enraged that they have lost another comrade at the hands of the Strike, blames Athrun and prompts a fight between the two, in contrast, Dearka remains cool-headed and attempts to redirect their anger at the Strike pilot rather than one another. Kira Yamato, though fighting against the Zala team, is also profoundly affected; it was the first time he had killed someone with the knowledge that the pilot was not just another soldier, but someone's friend.

Nicol's death prompts Athrun to avenge him by killing Kira the next time they meet. Although he fails to do so, Athrun does kill Kira's friend Tolle Koenig. The deaths of Nicol and Tolle drive Athrun and Kira into a battle that nearly results in both their deaths. When they meet again, after each has his own revelation, Kira and Athrun finally agree to stop fighting each other and work together to end the war.

Nicol's death would not only have an effect on his friends, but also on his parents to the point of sending his father Yuri Amalfi to shift from his once moderate stance to the side of Athrun's more extreme father Patrick Zala.

Although no longer alive, Nicol lingers in the thoughts of his surviving teammates. In episode 11 of Gundam SEED Destiny, Athrun, Dearka, and Yzak visit a cemetery at a PLANT and lay flowers at the graves of Miguel Aiman and Rusty Mackenzie as well as Nicol.

In the chapter cover art of Phase 4 of the manga Mobile Suit Gundam SEED Destiny: The Edge (only shown in magazines where the series is serialized), the three deceased pilots can be seen saluting to the front. 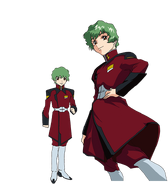 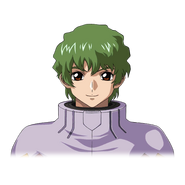