The Nemesis Instructor corps was a special combat instructor unit of the Earth Federation Forces founded by Major Saki Dessau and Captain Hawk Reuser in U.C.0079. Its mission was to train the numerous mobile suit pilots that were being recruited by the federation during the final days of the war. However, under the surface the unit had its own hidden motives; to expose much of the corruption that had been gripping the core of the federation forces high command. They would continue to do so until U.C.0084, when they joined forces with the BGST in their pursuit of True Federal. 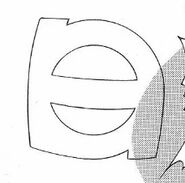