The Moonrace is a nation of people from the series Turn A Gundam.

Founded 2500 years ago, the Moonrace are a nation of people who lived on Earth's Moon to escape the devastation caused during the Dark History. Recently planning to return it's population to the Earth, they came into conflict with the nation of Inglessa. 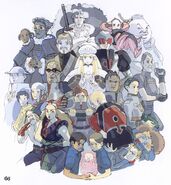 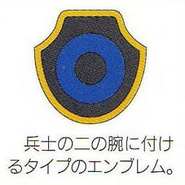