Mobile Suit Zeta Gundam Define (機動戦士Ζガンダム Define, Kidō Senshi Zēta Gandamu Define?) is a manga series written and illustrated by Hiroyuki Kitazume, first serialized in Gundam Ace in June 25, 2011. It is the sequel of Mobile Suit Gundam: The Origin and a reinterpretation of Mobile Suit Zeta Gundam, as it will closely follow the series' main storyline with minor changes. The manga will be overseen by Kenichi Matsuzaki, who wrote the anime and supervised by Yoshiyuki Tomino, for the series's mecha. 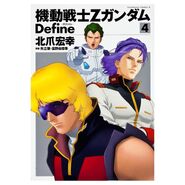 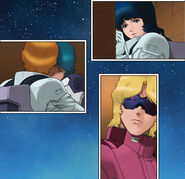 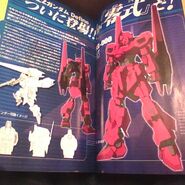 Retrieved from "https://gundam.fandom.com/wiki/Mobile_Suit_Zeta_Gundam_Define?oldid=294360"
Community content is available under CC-BY-SA unless otherwise noted.