5
Mobile Suit Zeta Gundam (機動戦士Ｚガンダム) is a novel based on the TV series of the same name, written by Yoshiyuki Tomino with illustrations by Hiroyuki Kitazume, Kazumi Fujita and cover illustrations by Mamoru Nagano (Kodansha) and Haruhiko Mikimoto (Kadokawa) It was first published by Kodansha from 1985 to 1986, then reprinted by Kadokawa Shoten in 1987, 2013 (E-Book).

The Year is Universal Century 0087, seven years have now passed since the Duchy of Zeon declared their surrendered to the Earth Federation thus ending the events that have now become known as the One Year War. Now an organized hunt for the remnants of Zeon is underway under the leadership of the Earth Federation Forces Elite Forces the "Titans", An elite force that is accountable only to themselves. However this tyrannical force is not unopposed the global anti-federal government organizational sentiments are gradually spreading among the space colonies. This is the story of one boy Kamille Bidan. 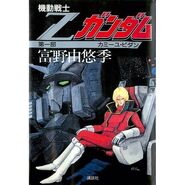 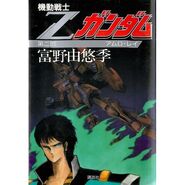 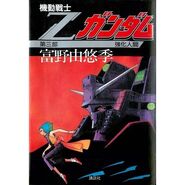 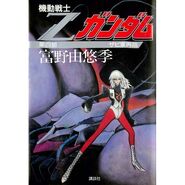 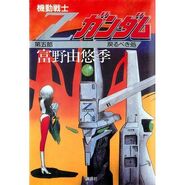