As the continuation of Mobile Suit Gundam Zeta (Manga), this series once again follows the story of the Anti Earth Union Group (AEUG) battleship Argama. To fight off the Axis Zeon, now called the Neo Zeon, Captain Bright Noa recruits a group of teenage junk collectors led by the loudmouthed but powerful Newtype Judau Ashta to pilot the Argama's mobile suits. Now sporting a line up of the behemoth MSZ-010 Double Zeta Gundam and the returning MSZ-006 Zeta Gundam, RX-178 Gundam Mk-II and Gundam-like MSN-00100 Hyaku Shiki, the group is nicknamed the Gundam Team. As such, this became the first of a number of Gundam series where a team of Gundam mobile suits fight alongside each other regularly. The climax takes place at Side 3 in the Battle of Axis. 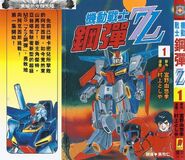 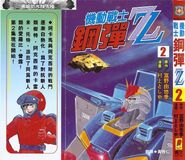 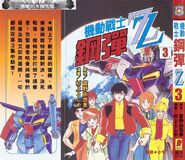 Retrieved from "https://gundam.fandom.com/wiki/Mobile_Suit_Gundam_ZZ_(Manga)?oldid=467008"
Community content is available under CC-BY-SA unless otherwise noted.