Mobile Suit Gundam Unicorn (機動戦士ガンダム UC(ユニコーン), Kidō Senshi Gandamu Yunikōn?) is a light novel that takes place within the Universal Century timeline. The novels were written by popular Japanese author Harutoshi Fukui, with character and mechanical designs provided by Yoshikazu Yasuhiko and Hajime Katoki, respectively. They were published in Gundam Ace magazine between 2006 and 2009. After the novels had ended they were adapted to original video animations (OVA). An 11th volume of the novel series was later released on the 23rd of March 2016.

The novel begins in UC 0001, at the very beginning of human space colonization, with the Laplace terror incident, a major event that influences the course of human history forever. The main story takes place in UC 0096, three years after the events of Mobile Suit Gundam: Char's Counterattack and seventeen years after the One Year War.

The Vist Foundation manipulates the Earth Federation and Anaheim Electronics from behind the scenes. Hoping to create a new world, the Foundation attempts to hand over a certain secret to the Neo Zeon remnants known as the Sleeves. This will mean the opening of Laplaces Box, which holds a great secret tied to the origins of the Universal Century.

Formerly known as the Principality of Zeon. After the One Year War, a period of occupation by the Federation followed the surrender and dissolution of the Principality, with a new constitution being made which involved Federation.

Day of the Unicorn (Volume.01) 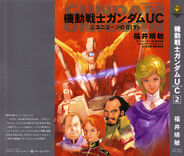 The Specter of Laplace (Volume.05)

In the Depths of a Gravity Well (Volume.06)

Over the Rainbow (Volume.09) 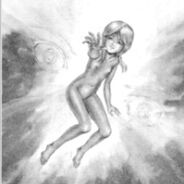 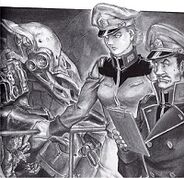 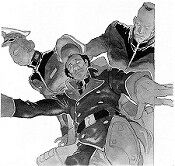 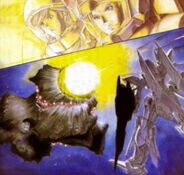 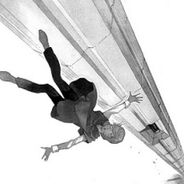 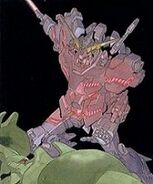