The series was initially available digitally via an Electronic Sell Through service, where users will be able to download the episodes after purchase.

During the One Year War of U.C. 0079, the Earth Federation and Principality of Zeon engage in a fierce battle at the "Thunderbolt Sector", a shoal zone in the former Colony Side 4 "Moore". After successfully infiltrating Zeon's sniper field, ace Federation pilot and jazz enthusiast Io Fleming is given control of the latest Gundam prototype.

Eight months after the end of the One Year War, the Federation is embroiled in post-war turmoil. A new faction has emerged: the South Seas Alliance, who has come into possession of the Psycho Zaku. In a mission to secure or destroy it, Ensign Io has been selected to pilot the latest Federation prototype: the Atlas Gundam.

Meanwhile, remnants of the Principality of Zeon continue their fight for independence. Daryl Lorenz, the former pilot of the Psycho Zaku, has gone to Earth to join the Zeon remnants, where he has been tasked with obtaining information on the Psycho Zaku. In the three-sided struggle, the new battlefield is the Australian continent, still scarred from the war. 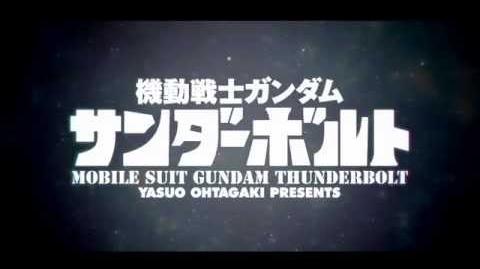 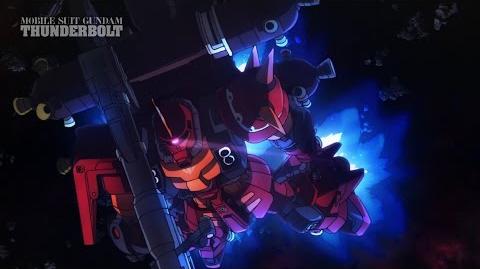 Retrieved from "https://gundam.fandom.com/wiki/Mobile_Suit_Gundam_Thunderbolt?oldid=448820"
Community content is available under CC-BY-SA unless otherwise noted.