A gag manga featuring ninjas in the world of the Universal Century. The manga takes place between the years U.C. 0079 to 0093, beginning at the battle of A Baoa Qu. The story follows Ryoga, a ninja and mercenary, and pilot of the "mobile ninja", the Hidden Shadow of G. The story is split into parts analyzing the participation of ninjas in the various Universal Century conflicts.

The protagonist, Ryoga is a renowned ninja. Piloting the jet-black mobile suit Hidden Shadow of G, he also took the name of "G". Originally from the Earth Federation, he later becomes a mercenary for hire, fighting for various factions.

Ryoga's teacher, he is a master of ninjitsu. Entrusted Ryoga with a secret letter before his death at A Baoa Qu.

Three "brothers" who pilot ninja Zakus. Their techniques manipulate the sky, land, and people. Waki and Suzaku are blood-related brothers.

A ninja of the Fang family. He succeeded in stealing a Gundam from the Earth Federation Forces, but was confronted by other ninjas. He was subsequently killed by Zeon forces who mistook him as a Federation MS, as he was piloting a Gundam.

Ryoga's ex-lover. Although Ryoga was a ninja, she believed something could be done for their children, however Ryoga never returned as he died.

A ninja piloting a MSM-10 Zock that can control Goufs. Fighting with Ryoga in the asteroid belt, he is defeated after underestimating Ryoga's ninjitsu.

Ryoga's senior, who taught him ninjitsu when Ryoga was younger. He later became the head of a group of bandits called "Enkido". It was later revealed he had in fact become part of the Titans, and had been committing theft as a side venture to raise cash.

A seemingly drunken old man who guarded transportation to the hidden village colony of Kakurezato. An extraordinary pilot skilled with the beam saber. It is heavily implied this person is Char Aznable.

Mobile weapons in this work are customized to reproduce the superhuman skills of ninjas, and thus are referred to as "mobile ninjas" regardless of their type. 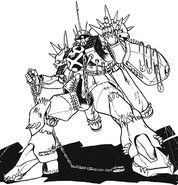 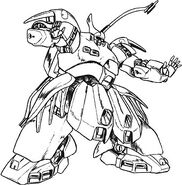 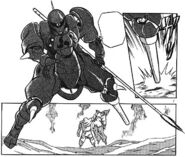 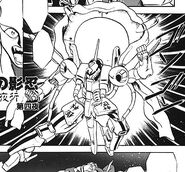 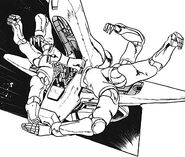 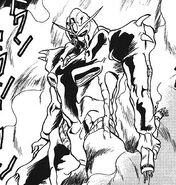 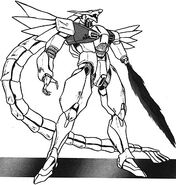 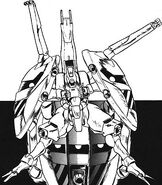 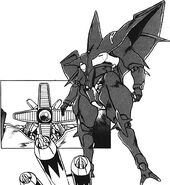 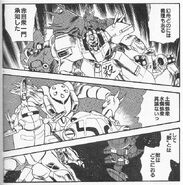 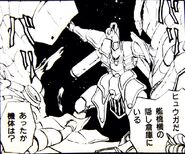 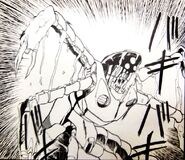