The Gundam Wiki
Register
Don't have an account?
Sign In
Advertisement
in: Universal Century, Series, Stubs,
and 2 more

Johnny Ridden survived through the fierce battle of A Baoa Qu although his MS-14B Gelgoog High Mobility Type was badly damaged by the FA-78-1 Gundam Full Armor Type's overwhelming firepower. With the aid of a comrade, he reached a Dolos-class carrier where he was reunited with his MS-06R-2 Zaku II High Mobility Type, which was modified by a mechanic and nicknamed the MS-06R-2 Zaku II High Mobility Type "Full Bullet Zaku". 3 years after the end of the One Year War, in U.C. 0082, Johnny Ridden, is working with a Land Zaku in Australia, when Shin Matsunaga visits with a mission about ghosts of Zeon that he needs Johnny to help him defeat. 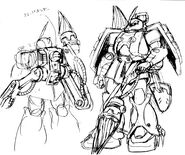 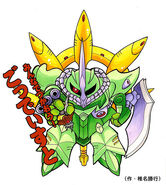