50
Mobile Suit Gundam IRON-BLOODED ORPHANS (機動戦士ガンダム 鉄血のオルフェンズ, Kidō Senshi Gandamu Tekketsu no Orufenzu?) is a 2015 anime television series created by Sunrise. The first season aired every Sunday at 19:30 in Japan from October 4, 2015 to March 27, 2016. Gundam.Info simulcasted the anime for Southeast Asia and DAISUKI simulcasted the anime for the rest of the world. Crunchyroll, Funimation, and Hulu also aired the anime with a 1 week delay. The English dub of the first season began airing in the United States at 00:30 ET, 23:30 CT on Saturday, June 4, 2016 on Adult Swim's Toonami block.[1] A second season premiered in Japanese on October 2, 2016 and concluded its final, twenty-fifth episode on April 2, 2017. The English dub of the second season began airing on Adult Swim's Toonami in September 2017.

A special abridged version focused on the aspects of Tekkadan was aired on Tokyo MX from April 5, 2022 followed by teasers of the Mobile Suit Gundam IRON-BLOODED ORPHANS G app.

It is now the Post Disaster era, roughly 300 years have passed since the end of the great conflict known as the "Calamity War".

The Earth Sphere had lost its previous governing structure, and a new world was created under new systems of government. While a temporary peace had arrived, the seeds of a new conflict were being sown in the Mars Sphere, far away from Earth.

The protagonist, a boy named Mikazuki Augus, belongs to a private security company called Chryse Guard Security (CGS). The company accepts a mission to escort Kudelia Aina Bernstein, a girl who seeks to liberate the Martian city of Chryse from the rule of one of Earth's major powers. However, the military organization Gjallarhorn attacks CGS in order to nip this rebellion in the bud. CGS begins an evacuation, using Mikazuki and the other children as decoys.

Orga Itsuka, the leader of the boys, decides to take this opportunity to rise up in revolt and launch a coup d'état against the adults who have been oppressing them. He gives Mikazuki the task of repulsing Gjallarhorn, and Mikazuki enters battle using the Gundam Barbatos, a mobile suit from the Calamity War era which has been serving as CGS's power source.[2][3]

Mikazuki Augus is part of Tekkadan, an Organization that jumped to fame from the battles involving the escorting of Kudelia Aina Bernstein to Earth and the Arbrau primary elections. The conflict exposed the corruption of Gjallarhorn as well, and the world was changing slowly but surely.

Tekkadan, with the rights to halfmetal as negotiated with Arbrau, became a direct affiliate of Teiwaz. That resulted in abundant funds and more people interested in joining, growing massively to even have a branch on Earth.

Kudelia, learning about the world from her journey to Earth, founded Admoss Company to strive for the financial independence of Mars both in reality and in practice. However, there are many who do not look favorably about the rise of the youngsters who are trying to start something new.

Admoss Company will be inspecting a mining site of halfmetal, and hired Tekkadan to guard them. There, the leader of Tekkadan, Orga Itsuka, senses an attack from a new enemy. Under Orga’s command, Tekkadan, including Mikazuki in the mobile suit Gundam Barbatos Lupus, head out to repel the enemy.[2]

The series was first announced many weeks prior to July 15, 2015, known only by the abbreviation G-Tekketsu (Gの鉄血, Ji no Tekketsu?, Iron-Blood of G). The website depicted a shadowy image of the main mobile suit, a countdown and a link to the Twitter account. As the countdown approached zero, shadows were removed. On July 15, 2015, Sunrise, Bandai-Namco and SOTSU held an event that could be streamed from the website, there was also an option to hear a translator for English and French speakers. At the event, important details about the series were revealed including the full name, setting, characters, mechanical designs and staff.

Directing the series is Tatsuyuki Nagai. The writer is Mari Okada, who wrote the mecha anime M3 the dark metal. Mechanical designs are by Naohiro Washio, Kanetake Ebikawa, Ippei Gyōbu, Kenji Teraoka and Tamotsu Shinohara. The character designs are done by Yu Ito and Chiba Michinori.

The animation was done by Sunrise's internal Studio 3. On April 5, 2017 12:00 JST, Gundam Global Portal allowed Facebook users to send messages of gratitude which they would translate and deliver to Studio 3 staff. They would do this until April 11 in USA time zones.[5]

The final episode of the first season was released on March 27, 2016 20:00 JST, half an hour later than usual. At the end of the episode, the second season, which will begin airing in Fall, 2016, was teased.

On May 12, 2016, Turner Broadcasting System posted their latest lineup for Adult Swim and its late night block, Toonami. Among the series listed was Mobile Suit Gundam IRON-BLOODED Orphans.[9] On May 21, 2016, Gundam Global Portal uploaded the first trailer that featured dubbed audio, also announcing the airtime and start date for the anime's run on Adult Swim's Toonami block; 00:30 local time from June 4, 2016.[1] Promos began broadcasting on Adult Swim shortly afterwards. One which Toonami uploaded on their Facebook page on May 27, 2016 15:45 PDT was shown to have presentational style inspired by that of their old Mobile Suit Gundam Wing promos.[10] 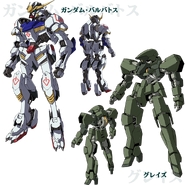 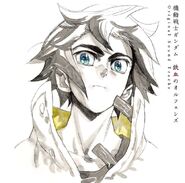 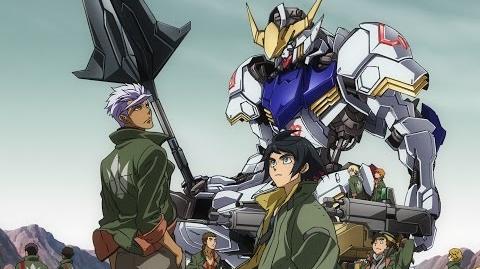 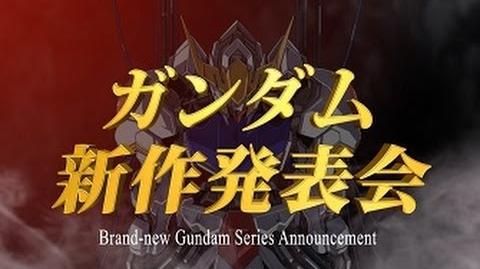 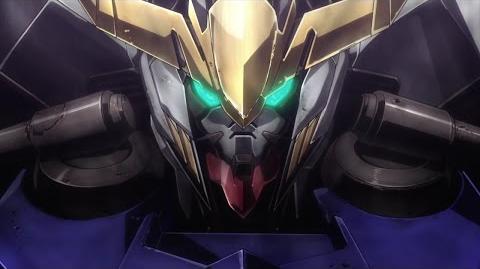 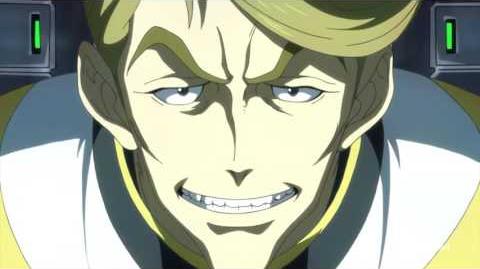 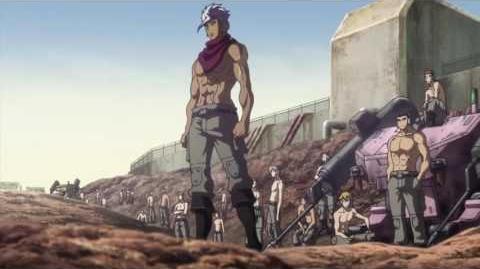 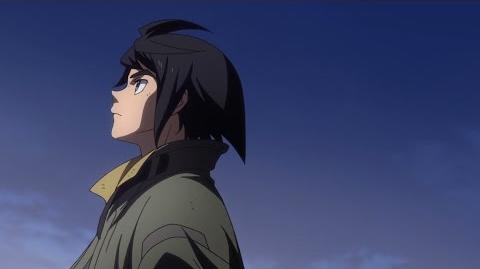 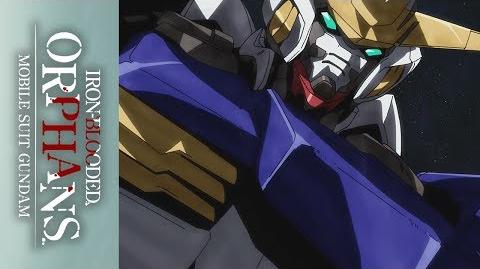