The war between the Federation and Zeon continues on Earth. Gundam pilot Amuro Ray begins to understand the true horrors of war after a deadly confrontation with Zeon ace pilot Ramba Ral and his mobile suit Gouf. As friends and comrades fall in battle, Amuro must find the will to overcome his sorrow and carry on [1].

Each of the three movies are largely composed of old footage from the TV series. However, Tomino felt that some things could be changed for the better. Tomino removed several aspects of the show which he felt were still too super robot-esque for the real robot series he intended Gundam to be, such as the Gundam Hammer weapon. The G-Armor upgrade parts were also completely removed and replaced in the narrative by the more realistic Core Booster support fighters.

Some of the new scenes include higher up officers speculating that Amuro and Char could be newtypes, with discussion of that concept. And a new comedic scene with Matilda, since her appearance in episode 14 wasn't covered in the movies.

The trilogy was released again both separately and in a DVD boxed set in America on May 7, 2002. However, said DVD is only available in Japanese audio with English subtitles. The video in the DVD boxed set is identical to the Japanese special edition, where most of the original voice cast members re-recorded their lines. The special edition release is digitally remastered, but many of the sound effects are replaced, most notably the futuristic gun-sounds being replaced by louder machine gun sound-effects. Also, the music soundtrack, while not remixed, is rearranged, and in some cases removed from some scenes. The titular song of this movie was originally an insert song, and the ending was instrumental music, whereas in the special edition, it became the ending song with instrumental music being played in the scene it was originally from. These changes were supervised by Yoshiyuki Tomino. 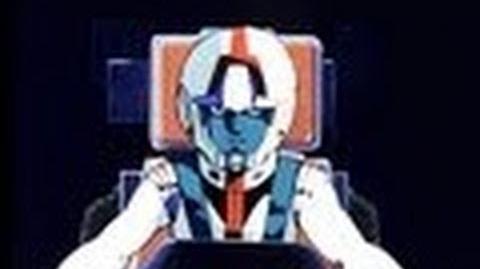