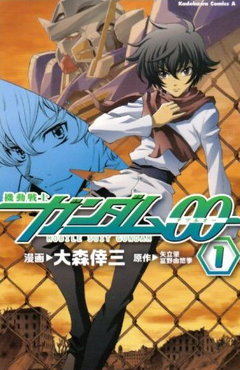 Mobile Suit Gundam 00 (機動戦士ガンダム00, Kidō Senshi Gandamu 00?) is an adaptation manga written and illustrated by Kozo Omori, and published in Kadokawa's Kerokero Ace magazine, which ran the story between its debut December 2007 Issue to November 2008 Issue. The story is based on the events of the First Season of the animated series. Kadokawa Shoten released 3 volumes.