October 2007–October 2009
Mobile Suit Gundam 00V (機動戦士ガンダム00V, Kidou Senshi Gandamu 00V?) (V for Variations) is a side story of Mobile Suit Gundam 00 serialized by Hobby Japan and later compiled into a single book. Initially, it's presented to the reader as chapters of a mobile suit development book published 20 years after the main story/anime, but this was later changed to a short story format. Each chapter also includes photo guides of the featured mobile suit. It ran in Hobby Japan from December 2007 to December 2009 and was continued by Mobile Suit Gundam 00V: Battlefield Record.

Robert Spacey - He studies the developmental history of MS. He was initially studying political history, but after experiencing the revolution brought by Celestial Being when he was 30 years old and coincidentally seeing the Avalanche Exia in action, he switched his study to MS development history.

Deborah Galiena - A female mobile suit pilot of the UN inspection team and Earth Sphere Federation Army who became an old acquaintance of Robert Spacey. She is a skilled mobile suit pilot, able to fight against Gundam Exia and survive the battle uninjured.

Amy Zimbalist - An ace pilot of the United Nation Forces and Earth Sphere Federation Army. He is worshiped as a hero known as the "Steel Cowboy" due to his unconventional piloting style with the GNX-604T Advanced GN-X, but also hated as the "Devil of Unification".

The 00V features different variations of the Mobile Suit from the series, and provides the stories about them in every chapter ("volumes"). The earlier stories of the 00V were told from Robert Spacey's perspective based on his encounters with different mobile suits during the height of Celestial Being's armed interventions. The perspective of the stories later shifts to different characters, providing their side of the story behind the development and the operation of some of the mobile suits given in 00V.

Robert Spacey talks about the Avanche Exia, a unit that was seen relatively early during Celestial Being's armed interventions. Robert recalls witnessing the Avalanche Exia in action during a UN inspection of Union army. Avalanche Exia's appearance inspired Robert to study about the history of Mobile Suit Development.

Robert talks about the disadvantages of mobile suit's humanoid design in an underwater combat; an obstacle that Dynames Torpedo managed to sidestep. Robert recounts seeing the Dynames Torpedo by chance during his plan to visit Deborah Galiena in a nearby island resort from the HRL Tenchu (Heaven's Pillar).

Robert briefly talks about the development of SVMS-01 Union Flag. Among its variants, Robert introduced the Shell Flag, which he had the opportunity to see up close back in 2308 AD. During that time, he was meeting Deborah who was inspecting the military equipment at the Okinawa Base. While piloting the Shell Flag, Deborah encountered the Gundam Exia. Showing her skills, Deborah used the Shell Flag's tough armor to her advantage in escaping the battle uninjured.

Robert talks about the MSJ-06II Tieren and how it reflects HRL's pursuit for efficiency and effectiveness. He recalls a military exercise in 2306 AD that was interrupted by airborne enemy mobile suits and the Tieren Antiaircraft Cannon Types were deployed to quickly shoot them down. It was also the first time Robert met Deborah, whose calm reaction to the situation left a great impression on him.

Robert talks about the Throne Eins' Turbulenz pack. He also hints at another Throne variant.

The story talks about the "Meteor Nacht" incident. Robert recalls Deborah's account of seeing the Kyrios Gust in action.

Robert tells a story about Alejandro Corner and the prototype Throne Varanus, and Deborah's involvement in piloting the machine that would assist in the development of GNX-603T GN-X.

Story talks about Robert and Deborah's escape from Alejandro using a Colony Guard Type Flag. Both of them decided to seek protection through media by getting in touch with Kinue Crossroad.

Robert remembers his first meeting with the Steel Cowboy, Amy Zimbalist, a pilot who would eventually become famous for piloting the Advance GN-X.

The story talks about the Nadleeh Akwos, and Robert and Deborah's meeting with Fereshte in Lagrange 1 during their hiding.

The story is told in the perspective of the ace pilot Amy Zimbalist. He talks about his simulation battle against 00 Gundam Seven Sword Type in accordance to Wang Liu Mei's invitation. The simulation battle took place months before Celestial Being's return.

Amy sorties in an Ahead Forcing Scout Type to seek out a secret Celestial Being base in a particular space area. After spending nearly a week alone in the mobile suit, Amy laments about how the long operation is taking a mental toll and comments on the "advantages" of having a two-seated machine. He eventually detects a heat source within an asteroid and fires, but this depleted all his remaining particles, causing him to wait patiently for rescue.

Details about Klaus's AEU Enact Landstriker Package is explored. The story section talks about the duel between Amy and Klaus Grad during one of Katharon's operations.

The story talks about Sherilyn Hyde's concept for the Arios Ascalon, and Robert's involvement in improving it into the GN-007GNHW/M Arios Gundam GNHW/M.

Deborah recalls her encounter with the Jagd Arche during one of its rampage that destroyed both Katharon and ESF forces.

The mechanic section talks about the GRM Gundam. The story is of Billy Katagiri's encounter with Robert after the defeat of the Innovators, and what Billy saw in the ship, Celestial Being, while he was working with the Innovators.

The story is about Tieria Erde meeting with Sumeragi Lee Noriega and deciding to not use the 3G upgrade on the Seravee Gundam during the final battle with the Innovators.

Amy and Deborah flight tested the mobile suit and gave their opinions about it to the engineers in charge.

The story is about Sherilyn simulating the combat prowess of the Full Armor 0 Gundam at a Celestial Being's base before the battle with the Innovators.

The story is about Ribbons' inner monologue during his flight and combat testing of Reborns Gundam Origin. Unlike previous volumes, this volume is first published in the Mobile Suit Gundam 00V compilation book.

The story is about Saji Crossroad carrying out a battle simulation in the GNR-010 0 Raiser's cockpit and the red Haro showing him an upgraded 0 Raiser - the XN Raiser. The volume included linearts and profiles of GN-0000/XN XN 00 Gundam and GN-0000+GNR-010/XN 00 XN Raiser. 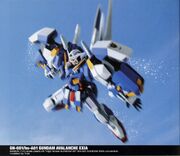 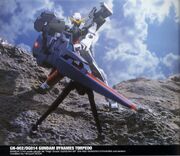 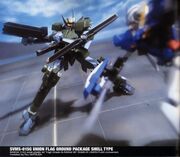 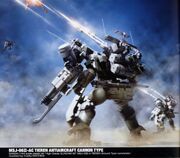 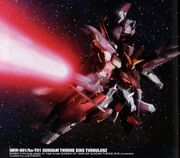 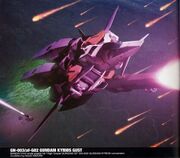 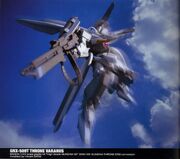 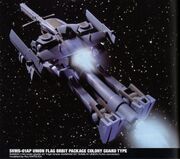 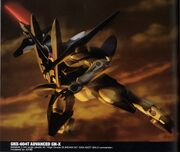 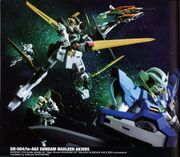 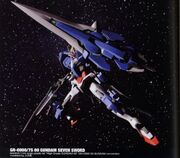 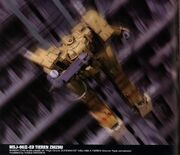 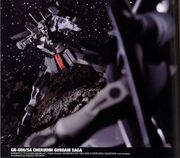 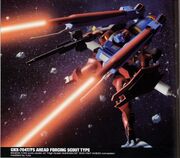 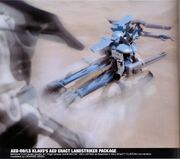 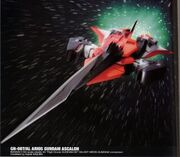 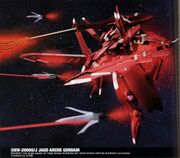 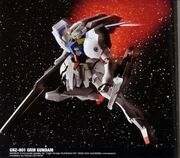 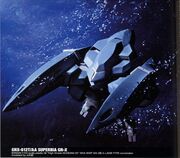 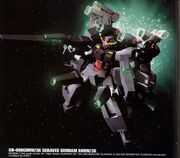 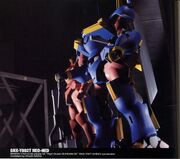 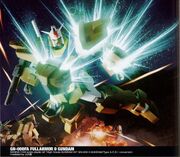 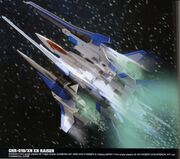 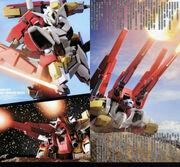