The Gundam Wiki
Register
Don't have an account?
Sign In
Advertisement
in: Universal Century, Series, OVAs and ONAs
English

Mobile Suit Gundam 0080: War in the Pocket (機動戦士ガンダム0080 ポケットの中の戦争, Kidō Senshi Gandamu 0080 Poketto no Naka no Sensō?) is a 6-episode OVA Series, the first of its kind for Gundam. It also marked the first time anyone other than creator, Yoshiyuki Tomino, was given a chance to direct a Gundam story. Released in 1989, it served to commemorate Gundam's ten-year anniversary. As suggested by its subtitle, "War in the Pocket," it is a small, personal story; a side story focusing on the experiences of a ten-year-old boy during the One Year War.

Gundam 0080 also began an enduring tradition of retroactive redesigns. Yutaka Izubuchi updated the original Mobile Suit Gundam's dated mechanical designs and costumes, and since then every new creative team has offered its own take on the classic Gundam props.

Not being penned by Tomino, Gundam 0080 also marked a significant departure from the constant background theme of Newtypes featured in the Universal Century Gundam universe, from the original Mobile Suit Gundam until Char's Counterattack. The absence of this theme raised the series' appeal towards audiences without special liking of Gundam or Tomino's work, and would continue in many following Gundam stories' narrations about ordinary soldiers and people in these conflicts.

The character designer for this series was Haruhiko Mikimoto.

December, Universal Century 0079. Zeon intelligence has identified a prototype Federation Gundam under development in a Federation base in the Arctic. The Cyclops Team, an elite Zeon MS commando team, is dispatched to destroy the prototype, but before they can accomplish their mission, the Gundam is launched into space.

When the Gundam turns up in a Federation R&D base inside the neutral space colony Side 6, the Principality launches a covert operation to destroy the Gundam. When the raid fails, the Zeon prepares to launch a nuclear strike against the colony as punishment for siding with the Federation, unless the last remaining commando can eliminate the Gundam. 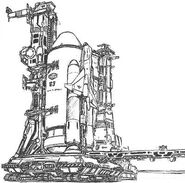 The OVA was made available for online streaming in select regions as part of Gundam Online Expo from August 20, 2020. 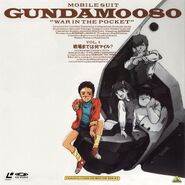 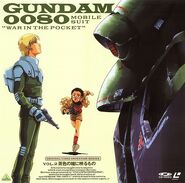 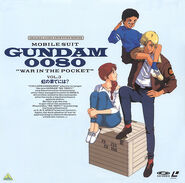 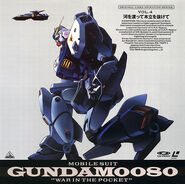 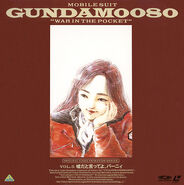 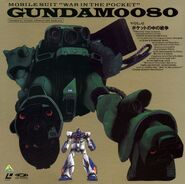