Mobile Suit Gundam 00 (機動戦士ガンダム, Kidō Senshi Gandamu Daburu Ō?) is the 11th installment of Sunrise's long-running Gundam franchise. It is directed by Seiji Mizushima and written by Yōsuke Kuroda, with character designs by Yun Kōga and music by Kenji Kawai. Uniquely, Gundam 00's 50 episodes were split into two 25 episode seasons, the first Gundam series to do so. The English dub of Gundam 00 premiered in the United States on Syfy on November 24, 2008 with back to back episodes.

In the year 2307 AD, fossil fuels have all but vanished and the distribution of energy is unbalanced. Humanity now relies on three large-scale solar power systems controlled by three multinational power blocs: the Union of Solar Energy and Free Nations (Union), the Human Reform League (HRL), and the Advanced European Union (AEU). With this nearly inexhaustible source of energy benefiting only these three powers and their allies, constant warfare erupted around the globe among minor countries for precious fuels and energy. Countries whose economy relied solely on the sale of fossil fuels were plunged into poverty and some even believed that the solar power system threatened the "promised land of God", resulting in the twenty-year-long Solar Wars. Such a chaotic reality has lead to the creation of a paramilitary organization in possession of four highly advanced humanoid mobile suits called "Gundams" and a mysterious technology known as the "GN Drive". They call themselves Celestial Being, and their goal is nothing less than the complete eradication of war through the use of war itself.

Four years have passed since the United Nations Forces' victory over Celestial Being. Humanity, having established the Earth Sphere Federation, forms an independent police force separate from and with authority over the ESF Army known as the Autonomous Peace-Keeping Force, or A-Laws. Given unfettered discretion, A-Laws is charged with the duties of further unifying the world's nations, enforcing the will of mankind, and disposing of resistance groups and terrorist cells as they see fit. Unknown to the general public, however, is that the A-Laws use their unchecked power as a means to oppress freedoms, doctrines, and ideologies through the use of inhumane tactics under the guises of "unity" and "world peace". Celestial Being, fully aware of the A-Laws' misuses of power, has arisen from the ashes of defeat to eradicate the A-Laws and set the world on the true path to peace once more. Armed with Aeolia Schenberg's gifts of the Trans-Am and Twin Drive Systems, Celestial Being hopes to correct their past mistakes and atone for the damage caused by the A-Laws, aided by the resistance group Katharon. Unknown to both Celestial Being and the A-Laws, however, a third party calling themselves the Innovators is manipulating both sides of the conflict from the shadows, all the while claiming they are carrying out Aeolia Schenberg's true plan. 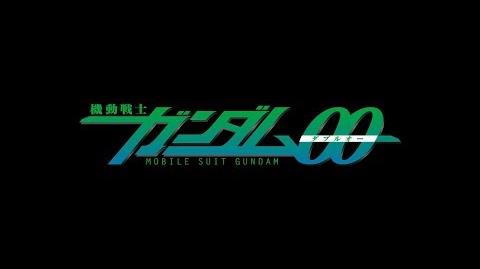