1
Mobile Suit Gundam: Outer Gundam (アウターガンダム OUTER GUNDAM) is a single-volume manga published in Dengeki Comics between 1988 - 1992 and was written and illustrated by Masahumi Matsuura. The story of Outer Gundam is an alternate version of the One Year War. It focuses heavily on the development of MS and features a lot of big conversations focusing on understanding the science in Gundam.

During the Universal Century 0079, war broke out between the Federation and Zeon. Appears the project V federation of land to develop a Mobile Suit with artificial intelligence (AI) called "Zephyr Gundam" created by Cain and Ray that uses data from the unmanned Phantom, which demonstrates a great power battle arousing questioning Zeon of establishing a stealth plan to another war. 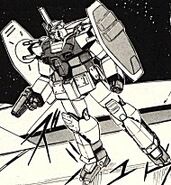 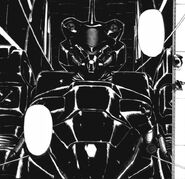 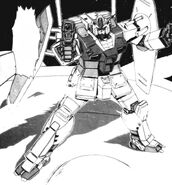 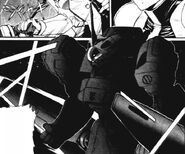 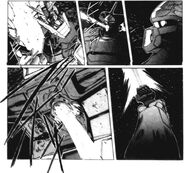 Retrieved from "https://gundam.fandom.com/wiki/Mobile_Suit_Gundam:_Outer_Gundam?oldid=447036"
Community content is available under CC-BY-SA unless otherwise noted.