Hathaway Noa, still haunted by his past actions (not to mention the spirit of deceased Newtype Quess Paraya), joins a terrorist organization called Mufti and adopts the alias "Mufti Nabiyy Erin". Mufti is fighting a terrorist campaign against the Earth Federation government, and they eventually acquire the incredibly powerful prototype Ξ Gundam, which Hathaway becomes the pilot of. Using the Ξ Gundam Mufti attempts to attack a meeting of high-ranking Federation cabinet members in Adelaide, Australia to force them to vote down a provision which would strengthen the Federation's already considerable powers.

Following the collapse of the Republic of Zeon’s autonomy, the Earth Federation government declared an end to all wars. However, the absolute control exerted by the Earth Federation government has caused the system to decay. High-ranking Federation officials abuse their privileges and forcefully deport residents into outer space for speaking up against the government in a practice known as "Manhunting". The year is Universal Century 0105. In order to break the decayed system of the Federation, the secret society "Mufti" begins its operations. 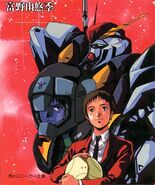 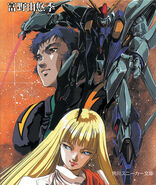 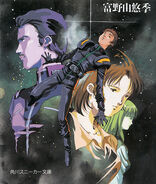