1
Mobile Fighter G Gundam: 7th Fight is a manga written and illustrated by Kitarou Ototoi, published by Kodansha and serialized by Comic BomBom in 1996.

The story is a prequel to the Mobile Fighter G Gundam TV anime series, taking place during the 7th Gundam Fight, 24 years before the events of the anime. It features Master Asia piloting the GF7-013NJ Yamato Gundam, representing Neo Japan. It also showcases how he became known as the King of Hearts, as well as his work as part of the Shuffle Alliance.

Gundam Fighter representing Neo Japan. Pilots the Yamato Gundam. The manga takes place before he became Master Asia, the Undefeated of the East. 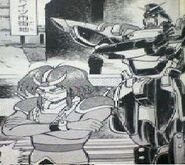 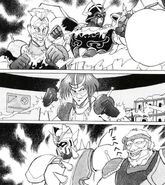 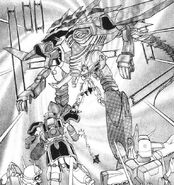