Mobile Fighter G Gundam (機動武闘伝Gガンダム, Kidō Butōden Ji Gandamu?), also known as Mobile Fighting Legend G Gundam, is a 1994 anime television series created by Sunrise under the direction of Yasuhiro Imagawa. It was the first series in the Gundam franchise not set in the Universal Century timeline, being set in the Future Century timeline instead.

In the Future Century (F.C.), humans have ruined the Earth. Much of mankind has abandoned Earth for space colonies, with each country on Earth having a corresponding space colony. Instead of having wars, a "Gundam Fight" is held every four years, where a representative will pilot a Mobile Fighter and compete with other Gundams until only one is left. The winning country is allowed to rule the Earth for four years until the next Gundam Fight.

Dr. Kasshu builds the experimental Ultimate Gundam, whose purpose is to restore the Earth. However it is stolen by his son, Kyoji Kasshu, who escapes to Earth. As the 13th Gundam Fight begins, his brother Domon Kasshu is forced to become Neo Japan's Gundam Fighter to free his father, who was arrested and sentenced to cryogenic sleep following these events. He must also defeat his brother Kyoji and destroy the Ulimate Gundam, which has since evolved into the monstrous JDG-00X Devil Gundam.

Rules and Regulations of the Gundam Fight

The following are the seven articles of the Gundam Fight International Regulations:

Upon the start of the Finals of the 13th Gundam Fight, Wong Yunfat debuted some controversial new rules:

The anime was directed by Yasuhiro Imagawa.

Three weeks before the series aired, there was a three-episode prologue. It briefly showcased all Gundam anime up until that point and then introduced the new series.

G Gundam was aired on Cartoon Network starting in August 2002; however, many of the Gundams' original names were changed for various reasons.

Three of the changes were because of overt religious references: God Gundam to "Burning Gundam", Devil Gundam to "Dark Gundam", and Gundam Heaven's Sword to "Soaring Raven Gundam" (partly due to the fact that Wal-Mart, the largest retailer in the United States, refused to stock toys of the XXXG-01D2 Gundam Deathscythe Hell during the run of Gundam Wing). In addition, the Death Army was changed to "Dark Army" for conservative reasons. Tequila Gundam was changed to "Spike Gundam" due to alcohol references.

The others were changed for unclear reasons, though speculations cite some names being too difficult for children to understand, or to make them more appealing to younger viewers. Cultural sensitivity may also have been an influence in two cases: the briefly encountered Neo-Iraq Scud Gundam (likely due to the use of Scud Missiles in the then recent Gulf War), and Neo-Hong Kong's Kowloon Gundam.

In the U.S. DVD releases, both the original from Bandai Entertainment and the license rescue from Nozomi Entertainment, the original Gundam names are seen in the English subtitles but the dubbed actors' lines are the same as the Cartoon Network version. The English manga also uses the new names. The Nozomi release emphasizes the original names despite keeping the Bandai dub; in a sly note to this, the limited Ultra Edition includes a shot glass with Tequila Gundam on it.

The show's second soundtrack CD (although it is titled Round 3, as Rounds 1 & 2 were released as a two-disc album) contains an audio drama. In this brand new story, Domon and the others attend the premier of a Hong Kong action film based on their adventures. The story of both the film itself and the audio drama is mostly comedic in nature. One running joke involves Sai's annoyance that the film had cast him as a female and given Rain his place as Neo China's fighter. The drama segments are interspersed with the Cantonese songs which were used to define the show's second half, set in Neo Hong Kong. A new one created for the album is a Cantonese version of the show's first opening song Flying in the Sky, used as the opening song for the fictional movie. Domon is shown to quite enjoy the song.

A three volume manga was produced serialising the show, as authored by Kōichi Tokita. The manga has generally been poorly received by fans, mainly due to Tokita's characterisation of Rain Mikamura and how he ultimately paints her in an even worse light due to his own admitted favoritism of Allenby Beardsley. The manga is perhaps most famous for starting Go For It, Domon!, a series of 4-komas in which Tokita poked fun at the series. These continued throughout his Gundam works of the 1990s.

The final battle of G Gundam includes numerous cameo appearances by prominent mobile suits from previous Gundam series such as the original Mobile Suit Gundam, Zeta Gundam, Gundam 0083, Gundam F91, V Gundam, and the manga Crossbone Gundam. In addition, this battle also features appearances by Gundam Wing's XXXG-01W Wing Gundam (making its on-screen debut) and the title robots of Zambot 3 and Daitarn 3 (both of which were Yoshiyuki Tomino's creations before Gundam). Also, a mobile suit of striking resemblance to Gundam Deathscythe Hell makes an appearance in the episode introducing Bolt Gundam in the underground facility. None of these machines played any significant role in the battle, and were likely included as an inside joke to long-time fans of Gundam. 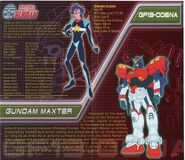 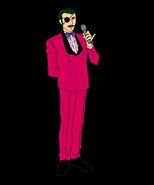 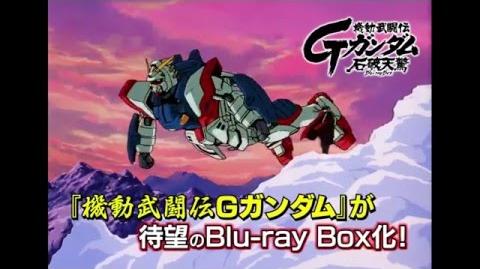 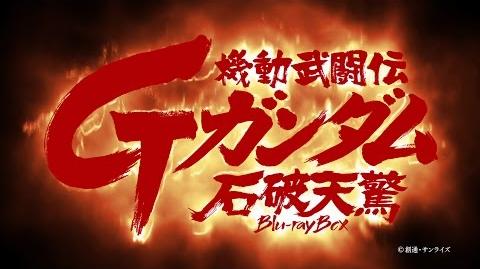