Mayura Labbatt (マユラ・ラバッツ) is one of the three young women who serve as test pilots for the MBF-M1 M1 Astray in Mobile Suit Gundam SEED. She is voiced by Masayo Kurata in Japanese and Rebecca Shoichet in English.

Mayura is distinguished by her short hair and tomboyish demeanor.

Mayura was one of the three test pilots for the MBF-M1 M1 Astray.[1] She fought together with her teammates Asagi Caldwell and Juri Wu Nien to defend Orb from the Earth Alliance during the Battle of Orb.[2] After the battle was deemed lost, Mayura and the others boarded the Kusanagi and later became part of the Three Ships Alliance.[3] She was killed during the Second Battle of Jachin Due, when her Astray fought against a ZGMF-600 GuAIZ and the two mobile suits destroyed each other.[4] 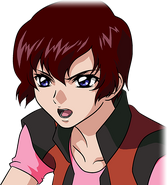 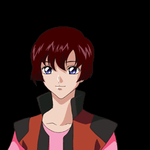 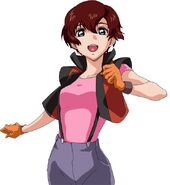 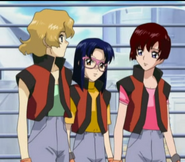 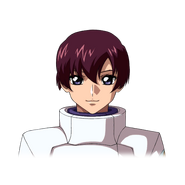