MSZ-006D Zeta Plus D is a prototype transformable mobile suit featured in the photo-novel Gundam Sentinel.

As the MSZ-006A1 Zeta Plus A1 was designed for long-range attack missions, its waverider form was intended mainly for long-distance travel rather than aerial combat, as a result, its versatility and reliability as a combat aircraft was inferior to that of conventional fighter aircraft. This D type was designed to follow the same concept, however, with an aim to improve its thrust-to-weight ratio and handling characteristics. The Zeta Plus D not only incorporates a pair of new nuclear thermal turbofan engines, it was also fitted with additional horizontal and vertical fins on its nose and tail stabilizer, giving better reliability and maneuverability. The flight sub unit (or "shield") incorporates an engine equipped with thrust vectoring for takeoff and landing purposes. The D type carries improved thigh beam cannons, and its wing binders have hardpoints for missiles and drop tanks.

Two 60mm Vulcan Gun mounted on the sides of Zeta Plus' head. Having low power but a high rate of fire, they are mainly used to ward off advancing enemies, intercept missiles, etc.

A pair of beam cannons are mounted on the thighs of the Ζeta Plus D. They have higher firepower than those of the Zeta Plus A1, and are usable in both mobile suit and waverider modes.

Beam sabers are standard equipment on all Federation MS. The beam sabers use Minovsky particles held in place by an I-Field to form an effective cutting surface that can slice through nearly any material. The Zeta Plus D has a pair of beam sabers stored within the top of the thigh beam cannons.

With the exception of the E type, this is the most expensive machine of the Zeta Plus series, and it boasts high performance as both a mobile suit and a fighter aircraft. This D type is later adopted by the regular Federation Forces and deployed in the first Neo Zeon conflict, and it is said that a modified version is later developed for use in space. 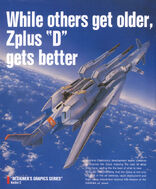 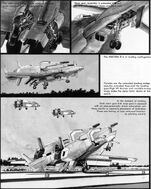 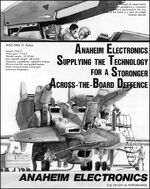 An Anaheim Electronics brochure featuring the Zeta Plus D. 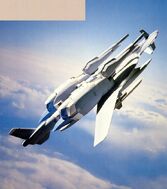 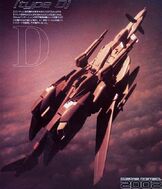 Retrieved from "https://gundam.fandom.com/wiki/MSZ-006D_Zeta_Plus_D?oldid=496406"
Community content is available under CC-BY-SA unless otherwise noted.