The MSR-00100S Hyaku Shiki Kai Mass Production Type is a mobile suit that appears in the Zeta Gundam Mobile Suit Variations and Mobile Suit Gundam U.C. 0094: Across the Sky.

Based on the reconstructed body of AEUG's MSR-00100 Hyaku Shiki Kai, this mass production model has the wing binders removed and its shoulder-mounted weapons are replaced by a single 6-tube multi-purpose launcher, reducing its production costs.

Equipped on the right shoulder, it can fire various types of ammunition.

The beam saber is a small device held in the mobile suit's hands when operated and is powered by a rechargeable energy capacitor. It emits a blade of plasma contained by an I-Field and is capable of cutting through any metal not treated with anti-beam coating. The Hyaku Shiki Kai M.P.T is equipped with two beam sabers stored on the rear waist armor, each power rated at 0.4 MW.

The standard ranged armament of many mobile suits is the beam rifle, and the particle beam it fires can penetrate almost any armor that has not been treated with specific counter-measures. The Hyaku Shiki Kai M.P.T carried the same model of Beam Rifle as the original Hyaku Shiki, with a power rating of 2.8 MW and powered by a replaceable e-pac.

A projectile-firing bazooka, the clay bazooka was originally designed to fire adhesive rounds which immobilize enemy machines rather than destroying them outright. However, this weapon can also fire other types of ammunition, and it's normally used with conventional explosive shells.

While the design had good performance, the mass production plan was ultimately cancelled. One Hyaku Shiki Kai Mass Production Type is kept in the EFF Mariana base for tests with the MSN-001X Gundam Delta Kai. This unit was assigned to Fresberg corps pilot Martin Murtaugh. It is later destroyed during the "Devil's Nest" operation against Titans remnants in U.C.0094, however, the pilot survives. 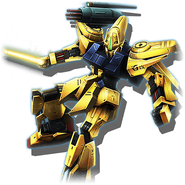 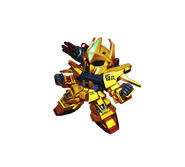 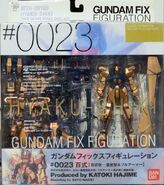 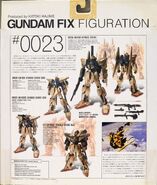 Retrieved from "https://gundam.fandom.com/wiki/MSR-00100S_Hyaku_Shiki_Kai_Mass_Production_Type?oldid=491377"
Community content is available under CC-BY-SA unless otherwise noted.