The MSN-06S Sinanju (aka Sinanju) is a mobile suit featured in the Mobile Suit Gundam Unicorn novel, its OVA adaptation and the television re-cut. A modified version of the MSN-06S Sinanju Stein, it was piloted by Full Frontal.

Originally the MSN-06S Sinanju Stein developed by Anaheim Electronics as part of the Earth Federation's "UC Project", its movable frame is partly made from Psycho-Frame materials. This mobile suit was then stolen and modified into the MSN-06S Sinanju by the Neo Zeon remnant group known as "The Sleeves", and became the personal machine of the group's leader, Full Frontal.

All of the Gundam-like features (except for the head-mounted vulcan guns) in the Sinanju Stein have been replaced with a Zeonic design and weaponry. Painted in crimson and with gold engraving, the Sinanju looks like the emblem of the Neo Zeon forces embodied. This decoration not only strengthens the armor, but is also said to be a design that is meant to control the organization known as the Neo Zeon remnants. The Sinanju Stein was an experimental machine, so there were some concerns about the armor's resistance to elasticity, but in order to increase the pilot's survival, the beam coating was strengthened from the two-layer structure used in most conventional MS to a five-layer structure, and the entire cockpit block was covered with Luna Titanium X material, and the Sinanju's armor has been strengthened as flagship machine.

The Sinanju is also equipped with thrust deflector thrusters shaped like the large wings of a bird of prey, and flexible thrusters on the left and right sides of both legs and shins. Together with the numerous thrusters located all over its body, it is capable of acrobatic maneuvering combat that is impossible for a normal MS to achieve. With its overwhelming combat ability, crimson body, and mono-eye sensor, the Sinanju reminds all who see it of the legendary "Red Comet".

This system is a development of the bio-sensor technology used in the MSZ-006 Zeta Gundam. It allows the pilot's thoughts to be directly reflected in the mobile suit's movements without the need to manually move the mobile suit, enabling a reaction speed and operational precision that far surpasses manual maneuverability.

After the end of the Second Neo Zeon War, the Earth Federation Forces launched the "UC Project" with the aim of wiping out "Zeonism", the belief that human beings can become Newtype evolved beings, by U.C.0100., when the Republic of Zeon will give up its autonomy, and return to the state before the Zeon forces appeared. In order to destroy the Newtype and Psycho Machines, and to calm down Zeonism, they started to develop machines for hunting Newtype. The E.F.F. entrusted the development of such a machine to Anaheim Electronics.

During the Second Neo Zeon War, a single MS pushed back the Axis, a threatening phenomenon that changed even the laws of physics, and Anaheim Electronics worked to elucidate the Psycho-Frame, which turned out to have non-standard performance. As a result, the "MSN-06S Sinanju Stein" was completed by a specially organized team that integrated two separate teams within AE: the Von Braun City factory, which mainly manufactured the RX-93 ν Gundam and MS for the E.F.F., and the Granada factory, which mainly developed MSN-04 Sazabi and MS for the Neo Zeon forces. After testing was completed, Anaheim Electronics handed the two completed Sinanju Stein to "the Sleeves", a Neo Zeon remnant group, in the form of a transfer disguised as a robbery.

One of the Sinanju Stein was then modified into the MSN-06S Sinanju to suit Full Frontal, leader of the Sleeves. Additionally, the mobile suit's entire exterior was redesigned in the Zeon style to make it a flagship machine that would symbolize and lead the Neo Zeon forces. Sinanju and Frontal were both dubbed "The return of the Red Comet" for the way the crimson mobile suit moved at high speed across the battlefield. It became an object of worship and morale uplift for Neo Zeon, which had lost its general Char Aznable, and whose morale had been declining. On the other hand, the E.F.S.F. feared them as a threat. 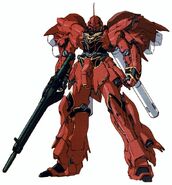 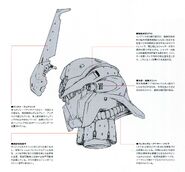 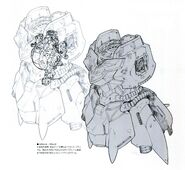 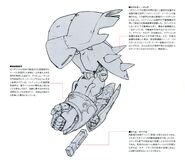 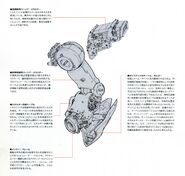 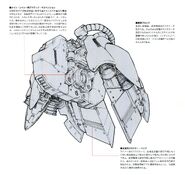 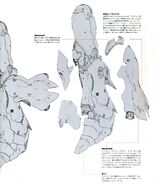 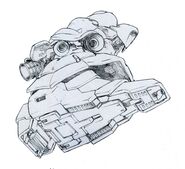 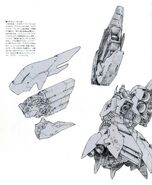 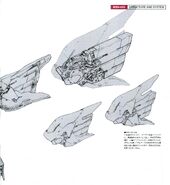 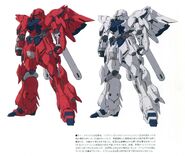 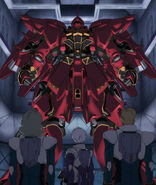 Dispatching a Loto at Palau

Seen from the Unicorn Gundam's cockpit

Hiding behind an asteriod 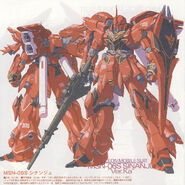 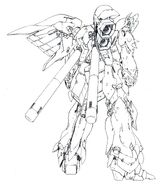 On the cover of MS Archive 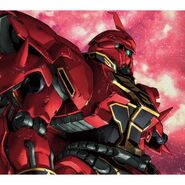 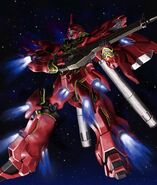 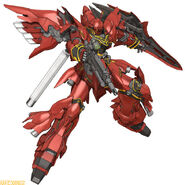 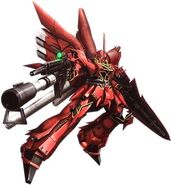 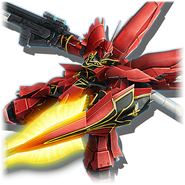 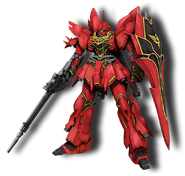 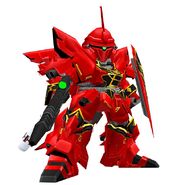 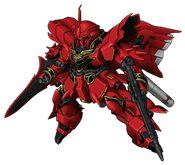 As seen in Super Robot Wars Z3 and V 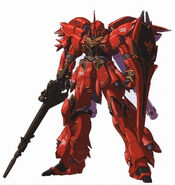 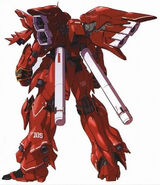 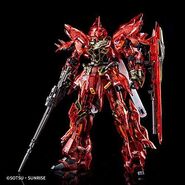 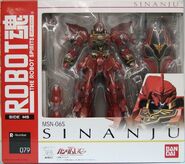 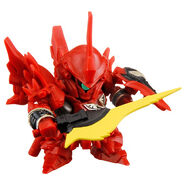 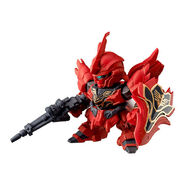