The MSN-06S-2 Sinanju Stein is a mobile suit from Mobile Suit Gundam Narrative and is piloted by Zoltan Akkanen.

The MSN-06S Sinanju Stein was developed to test the durability and follow-up capabilities of the Psycho-Frame.[1] Two units of the Mobile Suit, referred to using the development code "Stein 01", were later stolen by The Sleeves, remnants of Neo Zeon.[1][2] One unit was remodeled as the MSN-06S Sinanju and used as the flagship MS of the organization.[1][3] In UC 0097, the other unit was seen in the fight over the RX-0 Unicorn Gundam 03 Phenex and was embellished with the engravings that became root for the name of The Sleeves.[1][3]

Mounted in the head, the pair of shell-firing guns are not very powerful and typically used for intercepting missiles, destroying mobile suit sensors and the likes.

A pair of beam sabers are stored in the forearm armor.[4] When in use, the armor lifts up for pulling out the sabers' handles.[4] The beam sabers' beam blades can also be generated and be used as beam tonfas when the armor open ups.[4]

The large beam rifle designated to the Sinanju Stein is known as the High Beam Rifle.[1] It was based on the Sinanju's beam rifle, but was equipped with jacket parts, resulting in a massive model.[1] A bazooka or grenade launcher can be attached to the bottom.[4]

The same Rocket Bazooka as used by the Sinanju.[1] By retracting its barrel, the bazooka can be attached to the bottom of the High Beam Rifle's barrel.[1] Its initial speed is said to slightly drop in this configuration.[1] It is held over the shoulder when used in its extended state.[4]

The shape of the tip has been altered from the version originally equipped by the Sinanju Stein and the Anaheim Electronics "AE" logo has been removed.[1] It is mounted on the left arm and not held with the mobile suit's hands.[4]

The Grenade Launcher can be attached to the back of the shield or to the bottom of the High Beam Rifle's barrel.[1]

A large melee weapon which has beam blade generators on both ends.[5] It is a weapon designated to the Sinanju Stein and can also be used as a Beam Naginata. It is a combination of two modified Sinanju's beam axes, with their grips extended for a longer reach.[5] It can be disconnected into two at the grip section.[5]

The psycho-frame is a technology that builds the brainwave-to-machine code translator known as Psycommu into the atom-level of the metal frame of a Mobile Suit. This allows a Newtype pilot to mentally connect with their mobile suit's operating system, similar to the bio-sensor, and input commands directly from the mind via brainwaves.

In U.C. 0094, two units of Sinanju Stein were transported in the Earth Federation's Clop-class cruiser Unkai when they were seized by the Sleeves. One unit was remodeled as the MSN-06S Sinanju and used as the flagship MS of the organization, but was lost during the events of the Laplace Incident. In UC 0097, the other unit, the MSN-06S-2 Sinanju Stein, was seen in the battlefield in the fight over the RX-0 Unicorn Gundam 03 Phenex, which had flown into the Earth Sphere. It uses the fury of its pilot as a source of energy to face the Phenex and RX-9 Narrative Gundam.[1] 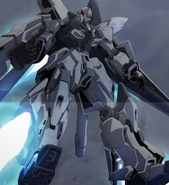 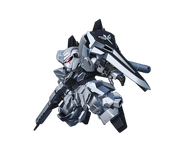 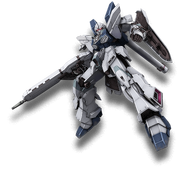 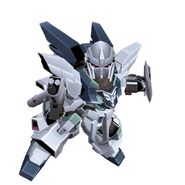 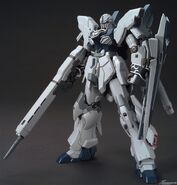 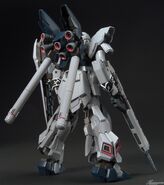 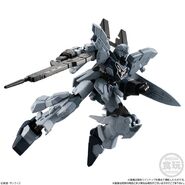 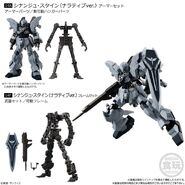 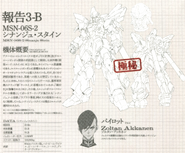