The MSN-03-2 Great Zeong is a mobile suit developed by the Principality of Zeon appearing in SD Gundam G Generation games. The unit is the successor of the MSN-02 Zeong.

The Great Zeong is a very large and very powerful Mobile Suit. A variant of the MSN-03 Zeong (which only got mentioned but never actually appears in the MSV series), Great Zeong has the ability to separate itself into seven wireless remote weapon bits (head, torso, arms, abdomen, and feet). Each of the bits have a built-in mono-eye sensor, making them resemble a group of Mobile Armors. Great Zeong also features large shoulder binders which house anti-ship missiles and Minovsky Craft Systems, allowing it to fly on Earth. In addition to the variety of mega particle cannons, the Great Zeong also had a set of heat claws underneath each foot for melee combat (something its predecessor desperately lacked).

Mounted in the head of the mobile suit is a single mega particle gun. As with the rest of the body, the head can be detached from the main body and remotely maneuvered with micro thrusters.

The forearms of the Great Zeong can be detached and remotely maneuvered with thrusters built into their base. They are guided by the Newtype pilot's thoughts via the psycommu system. Each of the Zeong's forearms are in essence powerful mega particle guns with five barrels each built into the fingers. The five barrels on both arms are fire-linked, so each time one of the arm weapons fire a total of five beams, ten if both mega particle guns fire. This large amount of beams, combined with the remote weapons' ability to create all-range attacks, produces a powerful spread of beams that is nearly impossible to avoid and can destroy multiple machines.

Mounted inside each of the shoulder binders are a pair of large missiles designed for destroying entire ships or fortresses at once.

The Great Zeong can seperate into a total of seven bits. Each of these remote weapons has its own generator, mono-eye sensor, maneuvering thrusters and mega particle weapon. From the placement of the weapons, it can be assumed that each bit had a different strategical purpose. For example; the feet would have been suited to close combat with their heat claws while the torso and abdomen would use their heavy weaponry for bombardment and the arms would use their wide firing range. The head, however, would likely have kept its distance due to it containing the cockpit to prevent harm to the pilot or for escape purposes.

Theoretically, the Great Zeong was supposed to be the ultimate mobile weapon of the One Year War. However, Zeon has neither the resources or technology advancement to build it. While the design of Great Zeong was later developed as the NZ-000 Queen Mansa by Neo Zeon, the mobile suit itself was never built. 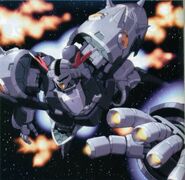 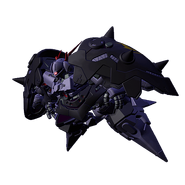 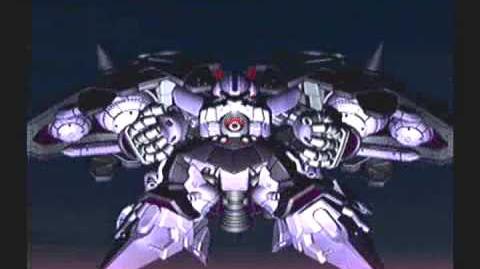 Retrieved from "https://gundam.fandom.com/wiki/MSN-03-2_Great_Zeong?oldid=447741"
Community content is available under CC-BY-SA unless otherwise noted.