A gun based on the smoothbore weapons technology of the HRL. Markedly less advanced then the linear weapons used by the Union and AEU. However the technology is quite reliable and dependable. The gun does not have the same rate of fire as the cannon however the longer barrel could point to greater range and accuracy. And it has the ability to mount a carbon blade allowing for a quick switch between ranged and melee combat. 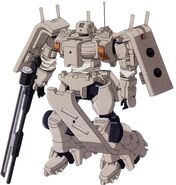 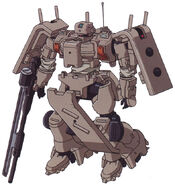 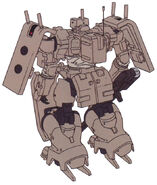