Based on the Earth Federation Forces's RMS-179 GM II, the MSA-003 Nemo is a mass-production general-purpose mobile suit developed by Anaheim Electronics for the AEUG. As Anaheim Electronics had bought over Zeonic Corps that worked for the Principality of Zeon, its mobile suit technology has Zeon influences and as a result, the Nemo has a mixture of both Zeonic and Federation technologies.

Like most other mobile suits created during the Gryps War, the Nemo has an internal movable frame. Its movable frame is of a new design and reflects the data gained by Anaheim Electronics from the development of the RMS-099 Rick Dias and the MSN-00100 Hyaku Shiki. Thanks to this movable frame, the Nemo has high versatility and can operate in various environments such as zero-gravity, tropical regions, and cold climates. In addition, its legs' movable frame enables high mobility regardless of the environment, and as a result of considering Earth descent operations, it has a highly flexible structure with excellent drop and impact resistance. The Nemo's thrusters layout is designed using the RGM-79SP GM Sniper II's as a reference and this is due to part of the Nemo's development staff having worked on the latter during the One Year War.

Compared to the GM II's titanium alloy ceramic composite, the Nemo has a more durable Gundarium alloy armor. As this armor is produced using the same technology as the RMS-108 Marasai's (another Anaheim Electronics' mobile suit, but provided to the Titans), it has high cost-effectiveness. Most of the Nemo's armaments are the same as those used by existing MS, and it could also use other armaments made by the Federation or Zeon. The Nemo was also relatively easy to pilot even for less skilled recruits, and overall, it was an excellent machine with performance superior to the GM II and RMS-106 Hizack.

The beam saber is a small device held in the mobile suit's hands when deployed and is powered by a rechargeable energy capacitor. It emits high-energy Minovsky particles to form a blade-shaped I-field (via manipulation of electromagnetic fields), and then fills this I-field shell with superheated Minovsky particle plasma to produce an effective cutting blade. The Nemo uses the same beam saber as the Rick Dias, and a pair of them are stored on the rear waist armor, each power rated at 0.4 MW.

The same weapon as used by the Rick Dias, it was originally designed to fire adhesive rounds that immobilize enemy machines rather than destroying them outright. However, it could also be loaded with other types of ammunition, including conventional explosive round as well as pellet shot round. The Clay Bazooka has 1 round in its chamber with 7 more rounds in a reloadable magazine.

A successor to the 180mm Cannon developed during the early stages of the One Year War. Although the caliber of the shell was reduced to improve handling, its range and power have been increased.[1]

The standard ranged armament of many mobile suits is the beam rifle. The particle beam fired from a beam rifle can penetrate most armor not treated with specific counter-measures. The Nemo uses the same beam rifle as the RMS-179 GM II; which has a power rating of 1.9 MW and is powered by a built-in energy CAP system. However, as the Nemo has much better energy supply capabilities, it can use the weapon more effectively.

A portable, mobile suit-use 90mm rifle built based on the 'system weapon' structure, its effective range and accuracy are superior to the HWF GMG·MG79-90mm machine gun. With the extended barrel, the GM Rifle sees a 15% increase in muzzle velocity, leading to increased armor penetration capability. Additionally, a newly developed caseless cartridge allows for a lightened ammunition load.

The bullpup machine gun was a system weapon developed as a Space/Ground dual-use projectile weapon. Though compact, it has sufficient anti-MS firepower while maintaining accuracy. Its muzzle velocity is increased due to the use of new gunpowder and this enables it to easily penetrate the armor of Zeon's mobile suit. A box-like sensor system incorporating a video camera and laser sensor is installed at the top, and when this system is used alongside the mobile suit's targeting system, target acquisition capability is enhanced.

A beam weapon developed from the sniper-type beam rifle for the Guncannon. It incorporates the advantages of the BR-M-79L-3 and XBR-X-79YK, sniping is also possible by utilizing the bipod. Utilizing the latest technology in energy cartridges, it can only shoot one shot per cartridge but boasts the greatest power and longest firing range under Minovsky particle dispersal. When equipped with this weapon, the Nemo's head is retrofitted with a movable goggle, similar to the one of the RGM-79SP GM Sniper II, that contains an additional sensor system; this goggle covers the head's visor during sniping.

For defense, the Nemo uses a custom shield developed using the RGM-79G GM Command's curved surface shield as a reference. It can switch between an expanded state and a collapsed state for ease of use, and like other shields, its surface has an anti-beam coating to defend against beam attacks. Other features of the shield include sharp edges at the top for ramming/striking attacks and latches on the back for mounting other weapons or equipment.

During the Gryps War in UC 0087, the AEUG initially relied heavily on mobile suits stolen from or brought by defecting members of the Earth Federation Forces, mainly the RMS-179 GM II. However, its leadership soon decided the organization needed a mass-produced unit of their own to compete with the Titans's mobile suits and show that they were a serious threat. The task to develop this new mobile suit went to Anaheim Electronics, resulting in the Nemo.

The Nemo proved to be both a capable and versatile mobile suit, and served for the entirety of the war. The Nemo was used in various important missions, such as the attack to capture Earth Federation's Salamis Kai-class cruiser, and the orbital drop to attack the Titans' base at Jaburo. As an act of comradeship in their combined goal, the AEUG gave a number of their Nemos to Karaba. The Nemo's design was later used to developed the MSA-004 Nemo II, and also inspired another of Anaheim Electronics' mass production mobile suit, the MSA-007 Nero.

Even in UC 0096, the Nemo was still in service with the Earth Federation Forces, which had absorbed both the AEUG and Karaba after the Gryps War. These mobile suits were repainted in new color schemes, that differ depending on operating locations. Almost a decade old, the Nemo was no longer a front line unit, but still saw action fighting Zeon remnants during their attacks on Dakar and Torrington Base. 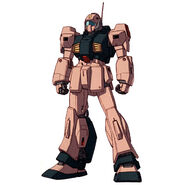 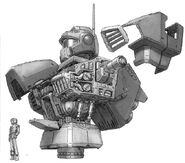 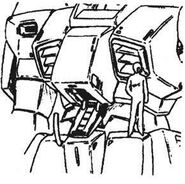 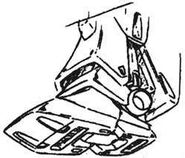 A pair of Nemos during the defense of Earth Federation's headquarter in Dakar. (Gundam Unicorn OVA)

A pair of Nemos defending EFF's Torrington Base in U.C. 0096, firing beam rifles

A Nemo deployed by the Coaltion of Volunteers (GBD) 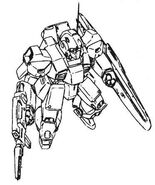 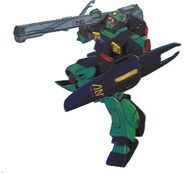 Armed with shield and clay bazooka 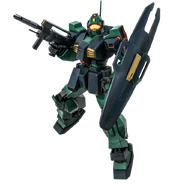 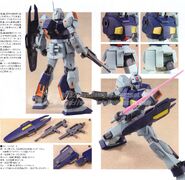