Based on the design of the MS-06 Zaku II, the Act Zaku is a normal evolution of the Zaku series. Its development was focused on improving the Zaku series and enhancing overall mobility. A highly productive design has been implemented due to the impact of the United Maintenance Plan. The Act Zaku was the testbed for the new "magnet coating" technology developed by the Zeonic Company. This technology reduces the friction caused by joints movement, enabling a faster and more responsive mobile suit. Because of this, the Act Zaku's joints are driven by field motors, similar to Federation mobile suits, rather than the fluid pulse system typically used by Zeon mobile suits.[1]It has very high mobility, so a limiter is provided for the safety of the pilot.

Used by the Act Zaku during the One Year War, this rifle would serve as the basis for the BR-87A beam rifle after the end of the war.

The same type of beam rifle used by the Hizack and Marasai, used by Federation-captured units in U.C. 0087.

A weapon borrowed from the MS-09R-2 Rick Dom II, which is a redesigned version of Dom series' 360mm Giant Bazooka, with improved shape charges and firepower. The Giant Bazooka II is magazine-fed with 5-round capacity. It is particularly effective in anti-ship combat, and can blow the torso off of an enemy mobile suit.

The same firearm used by the Hizack, it is an improved version of the Zaku Machine Gun operated by the Principality of Zeon's Zaku type MS during the One Year War. The accuracy has been improved by changing the sensor to the one of the Federation standard.

A heat weapon for close combat. The blade is larger than that of the model used by the Zaku II.

During the Gryps War, the Act Zaku was said to be armed with a pair of beam sabers.[2] It is unknown where they were stored.

To increase its defensive capabilities the Act Zaku can optionally equip the same shield as the Gelgoog, or the shield used by the Hizack.

A special membrane treatment applied to mobile suit joints. The special magnet coating materials could be electrically charged to produce a magnetic field. This field caused the components of the joints to repel one another, reducing the friction caused by joint movement to almost nothing, creating a faster and much more responsive mobile suit.

The Act Zaku was introduced too late for the Principality of Zeon. Some units might have actually seen combat during the retake of the Pezun asteroid after the end of the war, quite possibly already equipped with beam rifles. When the Earth Federation Forces captured the Pezun asteroid, they obtained the designs for the Act Zaku, and the concept of magnet joint coating. The Earth Federation would put the Act Zaku into production for their own use after the One Year War.

The Earth Federation would seize and use the Act Zaku for many years, right up into the Gryps War, though not in as great a number as their other mass-produced machines. By that point, the Act Zaku was fairly outdated when compared to the advanced machines being produced by both sides, and saw resounding defeats during each engagement against the AEUG. In one such engagement, six Act Zakus were dispatched alongside the ORX-005 Gaplant to attack the AEUG, two of them were later shot down by the MSN-00100 Hyaku Shiki and the rest eventually retreated. 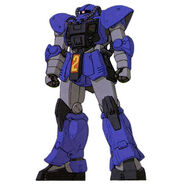 As seen in Mobile Suit Zeta Gundam: A New Translation

Act Zaku used by the Coalition of Volunteers 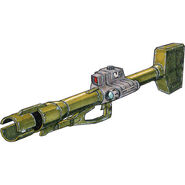 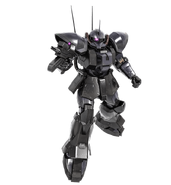 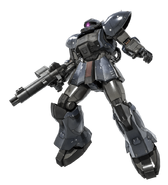 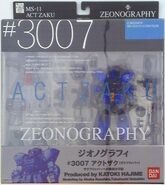 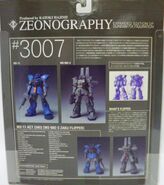 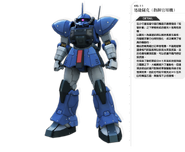