A modified version of the Efreet, a prototype mobile suit developed by the Principality of Zeon. It is based on a machine that was operated by Doug Schneid of the Marchosias Corps during the One Year War. Fred Reber, who took over this machine from Schneid, continued to operate it after the end of the One Year War. Fred had to let go of the machine for various reasons, but the unit had undergone a series of modifications during that time, and by the time Fred acquired it again in 0096, it had become the so-called "Efreet Schneid". The machine was named by Fred at this time, after the original pilot, Doug Schneid.

As a result of over ten years of modifications since the One Year War, the generator output has nearly doubled compared to the original model, rivaling the output of the Federation's new model at the time, the RGZ-95 ReZEL. The high-power output was used to increase the drive torque of the actuators, and the resulting instantaneous power gave the Efreet Schneid a higher level of combat performance. Along with the enhanced generator, the chest intake has also been replaced with one with higher heat exhaust efficiency.

There are 14 heat darts placed around its body; 4 on each shoulder, 4 on the left forearm and 2 on the rear skirt armor. These close-to-mid-range heat weapons can be used as throwing weapons or as close-range knife weapons. These weapons were designed to fit the battle style of Fred Reber, who had a habit of throwing the beam daggers of the RX-78XX Gundam Pixy, the unit he piloted during the One Year War.

A pump-action shotgun, it is of the same type as used by the original MS-08TX Efreet and the MS-18E Kämpfer.

In the manga Mobile Suit Gundam Unicorn: The Noble Shroud, the Efreet Schneid utilized a heat sword originally used by the Gouf. The heat sword's blade is heated to high temperatures to increase its cutting capacity. The heat sword is sometimes referred to as a heat saber.

Another melee weapon used by the Efreet Schneid in the manga Mobile Suit Gundam Unicorn: The Noble Shroud. The beam saber is a small device held in the mobile suit's hands when deployed and is powered by a rechargeable energy capacitor. It emits high-energy Minovsky particles to form a blade-shaped I-field (via manipulation of electromagnetic fields), and then fills this I-field shell with superheated Minovsky particle plasma to produce an effective cutting blade.

During the Laplace Incident, in response to a request for support from the Kirks Corps, the Efreet Schneid was used with other Zeon remnant units to attack the Torrington Base, and was last seen battling against a RMS-179 GM II Semi-Striker in close quarters combat, in which it was victorious. After the attack on the Torrington base, this machine entered the war as a collaborator of the pirates who were targeting the base of Kirks Corps. However, in reality, Fred was a spy sent to the pirates by the Zeon remnants, and behind the scenes, he was passing information about the pirates' attacks to the remnants. When the pirates' Gaw attack carrier was destroyed by the RX-160S Byarlant Custom, he defected from the pirates, shot down the MS-07H-8 Gouf Flight Type and AMX-011 Zaku III piloted by the leader and his entourage, and then retreated to parts unknown. 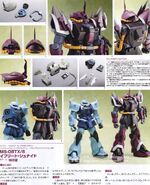 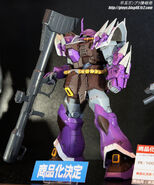 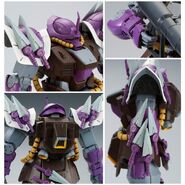 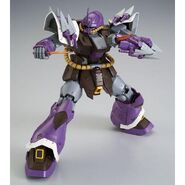 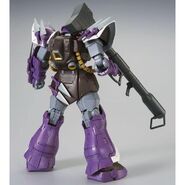 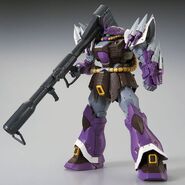 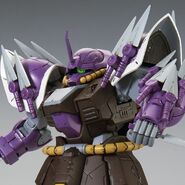 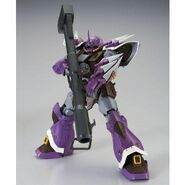 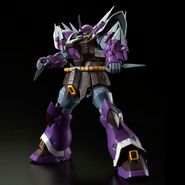 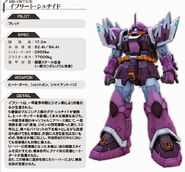