The Worker Zaku was a variant on the traditional Zaku design designed exclusively for labor. The unit's cockpit was modified and constructed from the cockpit of a standard construction vehicle, allowing someone without the military training needed to operate a combat Zaku to pilot the suit. The suit's left arm had a winch, and the right had a shovel. 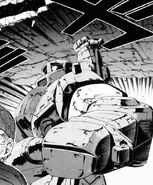 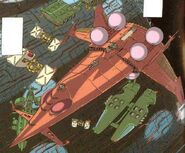 Retrieved from "https://gundam.fandom.com/wiki/MS-06W_Worker_Zaku?oldid=336876"
Community content is available under CC-BY-SA unless otherwise noted.