After repeated engagements since the start of the One Year War, the regular Zaku II had already become insufficient for ace pilots. In order to make effective use of the mobile suit's reserves of power, this mobility-enhanced Zaku II for commanders was hastily developed. The Zaku II Commander Type has an antenna on the head for enhanced communication capabilities and to visually distinguish squad-leaders or higher ranking pilots from other squad-members or lower ranking pilots. Commanders are also allowed to paint their machine in personal colors.

It also features a powerplant with higher output that gave the Zaku II Commander Type greater thrust and acceleration. This allows it to move at speeds 30% higher than that of the standard Zaku II. However, since the amount of propellant has not been changed from the standard type, it would naturally run out of propellant quickly when maneuvering at full speed.[1] Despite this limitation, the Zaku II Commander Type proved to be incredibly dangerous in the hands of the ace pilots it was assigned to, such as the "Red Comet" Char Aznable, who sank five Magellan-class battleships in the Battle of Loum.

A model of machine gun with a heat bayonet equipped on the barrel. A limited number of these weapons were produced and used by Zaku II Commander Types for operational testing.

A simplified, disposable rocket launcher that is good for a single shot. As the warhead is not equipped with a guidance device, it is extremely hard to use the Sturm Faust to hit a moving target accurately. However, it is still a highly destructive portable weapon.

A combination of two 280mm bazookas into a single weapon. However, this is not just a joining of two bazookas, it only has a single grip located on the the left barrel and an additional sight is added to improve shooting performance. It has two magazines located at the bottom, increasing the ammunition. Around ten units were produced and used by Black Tri-Stars among others, but it was not officially adopted.

Equipped on the back of Ortega's machine. It is used to store a machine gun and a spare bazooka magazine. It can be discarded with explosive bolts even during combat, and the sides can be mounted with bazookas and heat hawks. 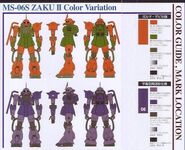 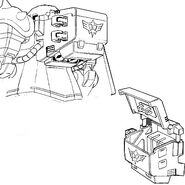 The 603rd Technical Evaluation Unit's Observation Boat being confronted by Char's Zaku II during the Battle of Loum (from MS IGLOO: The Hidden One Year War OVA) 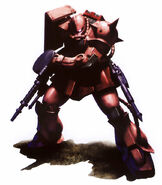 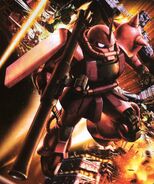 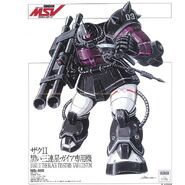 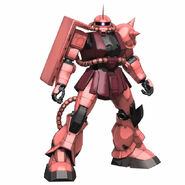 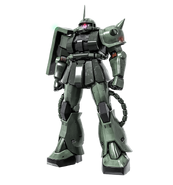 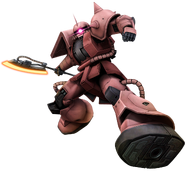 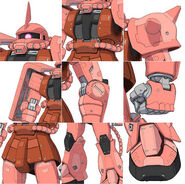 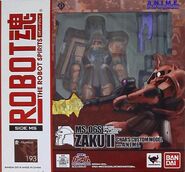 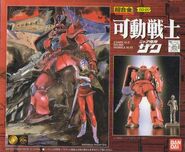 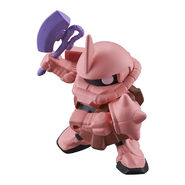 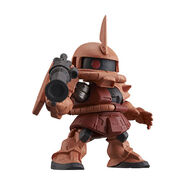 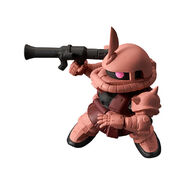