An axe-shaped close combat weapon, it uses a super-heated blade to cut through the armor of enemy MS or vehicles. The thermal energy is generated by the power output of the Zaku II's thermonuclear reactor and relayed through the MS' hands. The Heat Hawk used by Zaku II Kai is modified with an extendable handle for longer reach in close quarter combat. 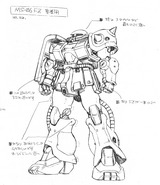 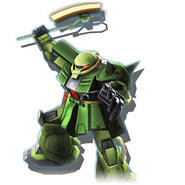 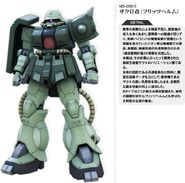 Retrieved from "https://gundam.fandom.com/wiki/MS-06FZ_Zaku_II_Kai?oldid=421594"
Community content is available under CC-BY-SA unless otherwise noted.