The MAX-03 Adzam is a prototype ground mobile armor (MA). It was featured in the anime series Mobile Suit Gundam. Even though it is often called the first MA, it was developed and deployed before the concept of "MA" as a category existed. The unit is piloted by M'Quve and Kycilia Zabi.

During the One Year War, the Principality of Zeon experimented with various mobile armor concepts, and one of their earliest and most successful was the MAX-03 Adzam, an experimental ground combat mobile armor. Based on the decades-old G87 Luna Tank, it was equipped with the untested Minovsky craft system, allowing it to hover in the air for virtually unlimited lengths of time with the assistance of eight VTOL rotors. It had eight twin-barreled mega particle gun turrets, giving it 360 degrees of protection. The second of its weapons was unique at the time: the first version of the "leader" weapon, designed to overload a suit's electronics and systems with electric plasma. This weapon would be improved and used on the MA-06 Val Walo.

The Adzam is armed with eight twin-barreled mega particle gun turrets, four mounted around the upper part of the main body and four around the underside. The positioning of the turrets provides the Adzam with 360 degrees of protection.

A weapon designed to overload a suit's electronics and systems with electric plasma. It consisted of two parts: an explosive full of a conductive "dust" material, and a cage that covered the target in plasma. The plasma leader is powerful enough to disable a MS-06 Zaku II by permanently frying its electronic circuitry. As seen in Mobile Suit Gundam: Lost War Chronicles, even the RGM-79[G] GM Ground Type couldn't withstand the weapon. However, RX-78-2 Gundam is well protected enough to continue operating after the conductive dust wore off.

Since it is made up of charged particles, the I-field is unable to penetrate metal, water, the Earth's surface, or other electrically conductive materials and can be shaped simply by trapping it in an electromagnetic field. Thus, at low altitudes it is possible to generate an I-field cushion between the underside of a vessel and the ground, yielding a gravity-countering buoyancy. This principle is used in the creation of the Minovsky Craft System, which allowed a spaceship or heavy ground vehicle to fly or hover on Earth. The Adzam is one of the few Zeon mobile weapons in One Year War which features the Minovsky Craft System for aerial navigation under the Earth atmosphere.

Since the Adzam was an experimental unit, there were a limited amount of units built. Two were assigned to M'Quve's mining division at Odessa, on Earth. One unit would be piloted by M'Quve and Kycilia Zabi against Amuro Ray and his RX-78-2 Gundam when he was attacking the facility. The leader weapon almost destroyed the Gundam, but the "dust" wore off quickly enough for Amuro to break free. The second would be used to fight off the Federation forces during Operation Odessa. It would be destroyed in the process by 03rd MS team led by Matt Healy's RX-79[G] Gundam Ground Type. A third Adzam unit was stationed in Australia and was destroyed by the White Dingo Team led by Master Pierce Rayer in late November UC 0079.

Appearing in the video game Rise From The Ashes and its remake, the Adzam Olga was a variant seen in Australia, and had much thicker leg armor. It did not receive a unique name until the remake. 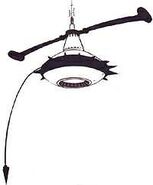 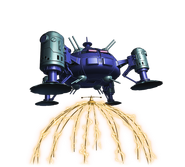 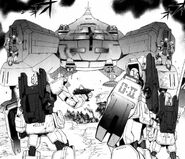 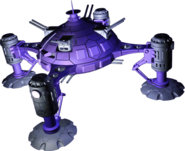 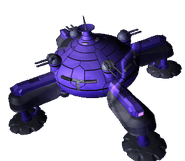 Adzam (Olga): information from Mobile Suit Gundam Side Story 0079: Rise From The Ashes