He is a very loyal person, believing throughout the series that Queen Dianna would do the right thing. He is also able to adjust to most situations very easily. He was also called Laura throughout the series. On multiple occasions he disguised himself as a female, using the name Laura Rolla.

Prior to his arrival on Earth, Loran lived on the moon and led a peaceful life working as a fisherman in one of the moon's many artificial seas. He was selected along with two other people, Fran Doll, and Keith Laijie, to travel to Earth, with the apparent role to be scouts for the Moonrace. They were not the first to be given this task however.

Loran's first arrival to Earth had him almost drowning in a local river. He was quickly saved by Sochie Heim and Kihel Heim, and was hired to work in Dylan Heim's mines. Later became the family's driver for two years due to his proficiency with machines. During this time, he met Guin Sard Lineford who, mistakenly, called him Laura. After the two years, he was no longer being considered a foreigner and thus Loran was allowed to participate in the Coming of Age ceremony.

The night of the Coming of Age ceremony also marked the night of the Moonrace invasion. One of the explosions from the invasion caused a quake that broke a large moustached statue. Inside the statue is the System-∀99 ∀ Gundam. The White Doll then begins to act on it's own with Loran and Sochie in the cockpit. He is then quickly forced into becoming an Inglessa Militia pilot. He acts as the only Militia pilot before the discovery of AMX-109 Kapools. He does all of this under the alias of Laura Rolla. Not long after, Dianna came to Earth, and a lengthy peace negations began. Loran was forced to attend a dance. During this event, Loran resumed his alias, "Laura Rolla", wearing a dress to the dance and at one point sharing a dance with Harry Ord.

Later Kihel Heim and Dianna Soreil switched places leaving every one oblivious to the events. Loran was no exception. Loran began to travel with Diana following the militia. It is early during this period the Loran first fights Corin Nander, who is the first person to identify the White Doll as a Gundam. Loran does not understand at this point, and is only saved by Dianna's timely intervention. Loran later meets Teteth Halleh and Will Game. During this time, Loran spends much of his time excavating a space ship. Not to long after Dianna reveals her true identity to Loran. This was so that they could hopefully switch places back to normal, but the plan, however, did not work. Soon after the failed switch Loran nearly looses the Gundam to Teteth, who reveals it to be ∀ Gundam. The theft however fails, and ultimately Teteth looses her life though not to Loran. Eventually, Harry, who is sent by Kihel, is able to meet up with Loran and retrieve the real Dianna, after a brief fight with Corin.

Not long after Diana left a nuclear warhead was exploded caused panic in both the Earth and Moonrace forces. In the panic Loran is given two nuclear warheads by a mechanic trying to hid the remaining nuclear weapons from the world. Not long after Loran following Earth Forces orders takes off in the Willgem trying to take the war to the Moonrace directly. They have to however stop in Manuipich. In Manuipich they fight to free the area of Moonrace now under leadership of Phil Ackman. They win there and use the Dragons back; which was actuary a hidden mass driver to enter space. Harry Ord also joins Loran upon traveling to space.

As seen in ∀ Gundam: Wind of the Moon 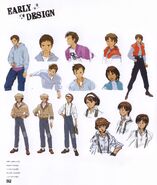 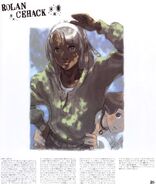 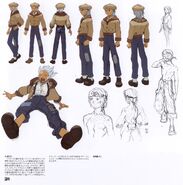 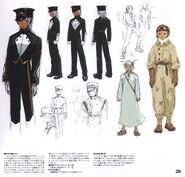 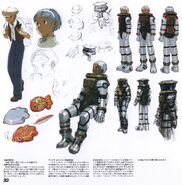 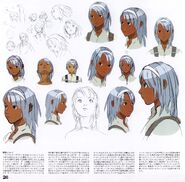 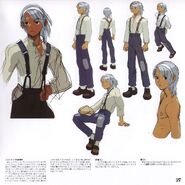 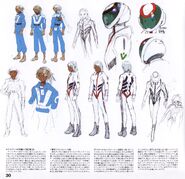 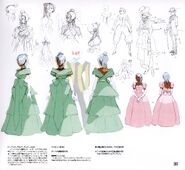 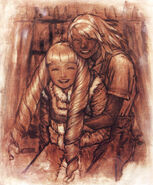 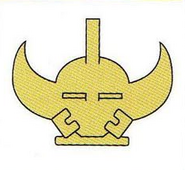 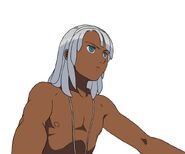 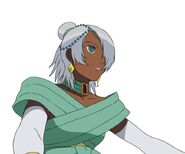 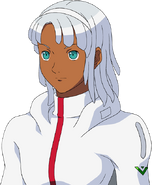