Londo Bell is the Earth Federation Forces' special forces unit in during the UC 0090s. It formed not long after the First Neo Zeon War. It was created to replace the Titans. It was the primary Federation group to see combat in Char's Counterattack.

Londo Bell was established on March 21, U.C.0090, after the First Neo Zeon War, and was tasked with investigating and fighting anti-Earth Federation activities. Its headquarters were located in Londenion in Side 1, and among the organization's ranks were former AEUG and Karaba members. Londo Bell was first commanded by Bright Noa, with its mobile suit combat squads led by ace pilot Amuro Ray.

In the event of a major insurgency such as a Zeon uprising, Londo Bell would respond as the tip of the Federation's spear. However, due to the actions of the late Jamitov Hymen and the Titans during the Gryps war, Londo Bell was given a much lesser degree of autonomy from the main Federation Forces, and as a precaution was barely built to even a tenth of the size of the Titan's numbers during their heyday. Despite these precautions, there were those who would constantly hold Londo Bell in suspicion of trying to follow in the Titans' footsteps.

In UC 0093, former Zeon officer/AEUG leader Char Aznable returned, after being missing-in-action following the Gryps War. After occupying the refugee colony Sweetwater without firing a single shot, he publicly declared himself the new leader of Neo Zeon, and shortly thereafter started a new war against the Federation. As a countermeasure, the military rapidly increased the size of Londo Bell in anticipation of the Second Neo Zeon War, which began in March UC 0093, backed by high-level government official John Bauer. During this conflict, Londo Bell was comprised of three Clop-class cruisers: the Ra Zyme, the Ra Kiem and the Ra Chutter, along with the flagship Ra Cailum. Its mobile suit squadrons consisted of 18 RGM-89 Jegans, a RGZ-91 Re-GZ and Amuro's personal unit, the RX-93 ν Gundam. Londo Bell was the only active group that saw major action against Char's Neo-Zeon, chronicled in the full-length animated film Char's Counterattack, although Federation reinforcements were dispatched to assist much later on.

By UC 0096, as told in the serial novel and OVA Mobile Suit Gundam Unicorn, Londo Bell re-commissioned the AEUG's Nahel Argama battleship, the same vessel used during the First Neo Zeon War. The Nahel Argama was equipped with 8 RGZ-95 ReZELs, 5 Jegans, and 1 MSN-001A1 Delta Plus. The task force's fleet size, however is unknown, though it is likely larger following the Second Neo Zeon War. Despite facing hardened veterans and fierce resistance, Londo Bell dealt a decisive blow to the Neo Zeon remnant known as "The Sleeves", and destroyed their shipyards, insurgency cells as well as most of their fleet.

Londo Bell's personnel included ex-AEUG and ex-Karaba members, many of whom served under Bright previously. Due to bitter memories of the conflict fought against the Titans, the unit strove to carry out their missions in strict accordance with the Rules of Engagement and as humanely as possible. Additionally, unlike the Titans, Londo Bell primarily functioned in Outer Space, only being deployed to Earth under special circumstances.

Prior to the Second Neo Zeon War, this task force spent most of its time inspecting colonies for remnant Zeon supporters. Unfortunately, both Londo Bell and Federation intelligence failed to anticipate the new threat due to both lack of manpower, and the extent to which space colony citizens supported Char's new Neo Zeon movement. 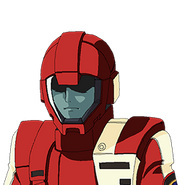 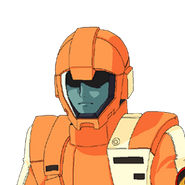 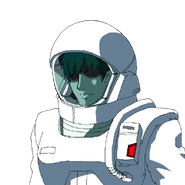 Outside of the Gundam franchise, particularly in video games, Londo Bell is the name given to the combined group of playable characters and units composed of many Universal Century Gundam characters and their allies from other animated franchises, dedicated to fighting dangerous (and arguably, evil) factions in the games. Still headed by Bright, this is most prevalent in the Super Robot Wars series and is used extensively in the Classic Timeline and some of its handheld incarnations.

In the Classic Super Robot Wars timeline, Londo Bell was created from the 13th Autonomous Corps following the defeat of the original Divine Crusaders. Like their animated counterpart, they were horribly underfunded and understaffed (when you begin Super Robot Wars 3, you're only given the RX-78-2 Gundam, a RX-77-2 Guncannon, a handful of RGM-79 GM, and the Super Robots Mazinger-Z, Aphrodate A and a woefully underpowered Prototype Getter Robo), forcing the group to recruit other pilots once it becomes apparent that the Divine Crusaders still exist. The group sticks together until the end of the "third" Super Robot War in Super Robot Wars 4/4S/F and F Final.

Londo Bell also appears in the Super Robot Wars Alpha timeline. However, Londo Bell soon joins with other teams, such as the Preventers and the Gutsy Geoid/Galaxy Guard (of King of Braves GaoGaiGar fame) to become the Alpha Numbers.