In the manga, she and Hugues Courand were once lovers, but Mao had ended the relationship after realizing that, with Hugues being tormented by past events, she doesn't exist in his eyes. Despite this, however, she still harbors obvious feelings for him throughout the course of the manga. 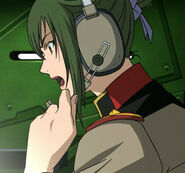 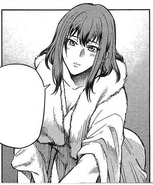